REFLECTION. The Pharisee, THE SAMARITAN AND THE MASTER. BY FABIAN MASSA. 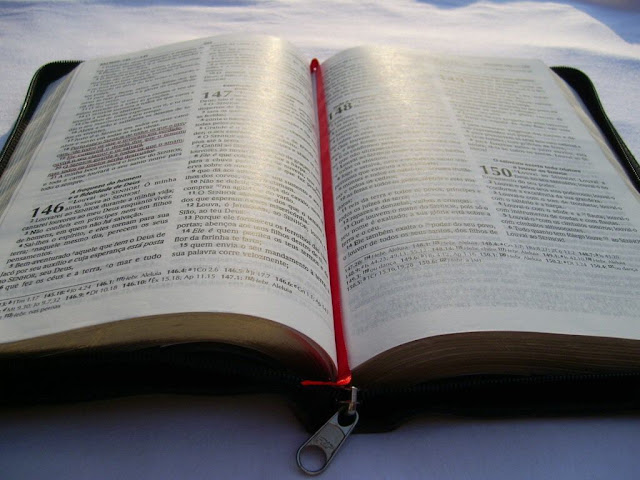 In John 3.12 Jesus asks an uncomfortable question to Nicodemus, "If I have told you earthly things, and do not believe, then how will you believe if I speak of heavenly things?"
Nicodemus had come at nightfall to see Jesus, which might have occurred for two reasons:
to. For anyone seeing him, because for a religious Jew, [Pharisee and member of the Sanhedrin (Council of Elders), a member of the highest sphere of political power, and social and economic therefore of Judea], be identified with Jesus, a prophet (not even his bitterest enemies denied this fact) that he was a "serial rapist Sabbat" could become dangerous.
b. When a person wanted to have a long talk with another, the best time was to go to dinner, usually around 19.00hs and gave the opportunity for people to have a lengthy desktop.


Nicodemus, a real descendant of Abraham the "Friend of God" and therefore a citizen of the Chosen People, belonging to the sect of the Pharisees, a prominent member of the Council of the highest rank of Jerusalem, heir to the promises of Hashem, disciple of Moses and Master of Law, did not understand what Jesus was saying. So the question of the Master: "If I have told you earthly things, and do not believe, then how will you believe if I speak of heavenly" We know that much later (when Jesus had been sacrificed) Nicodemus was true disciple of the Lord, who despised everything in this world to serve at his funeral, exposing the worst way to their peers, even at risk of his own life (John 19.39). But in the time of the story in chapter 3, it appears that had not yet believed in Jesus as the Messiah, the Savior of Mankind.
In his question to Nicodemus, Jesus raises the difference between the heavenly (supernatural) and earthly (natural) and to believe the above, it is necessary to first understand what below.

Now the action takes place in Samaria, in chapter 4 of John. The woman is part of a mixed blood people of Israel with foreigners, something that any Jew was an abomination and this was one of the main causes of rejection openly manifested to the Samaritans. To understand why such an attitude, you need to see even superficially history of hostility between the two peoples arises after the death of Solomon in 928 B.C. when his son Rehoboam succeeded him, and because of his first action of government, the kingdom was divided into two parts:

to. ISRAEL or Northern Kingdom, made up of 10 of the 12 tribes, with its capital in Samaria, ruled at that time by King Jeroboam I.

b. JUDAH or Southern Kingdom, under Rehoboam, capital in Jerusalem, made up of the tribes of Judah and Benjamin.

c. From that time there were many armed conflicts between the kingdoms of North and South.

d. In 722 B.C. when the "dominant power" in the Middle East was under the rule of Assyria Sargon, the Northern Kingdom under the government Hosea (last King), she was invaded and its population driven into exile (2 Kings 17: 3-6), leaving in the country only to old, sick and useless. During the reign of Esarhaddon Assyria (Ezra 4.2) Samaria region was repopulated with foreigners (2 Kings 17.24-33) which made a syncretism between their pagan religions and worship the Lord.

and. When a part of the Jews could return to Jerusalem (after their mass deportation to Babylon in 586 BC by Nebuchadnezzar) to rebuild the Temple with Zerubbabel (Ezra 3 and 4) the Samaritans wanted to participate in the reconstruction, but the Jews they rejected (Ezra 4.1-3).

When we give a brief look at the history, it is understood that the Samaritan woman was surprised so much that Jesus, being a Jew would speak and ask to drink water (John 4.8-9), as they usually did not have treatment and less share utensils or food and drinks.
Jesus preaches to the Samaritan woman, and she believes that he is the Messiah and immediately runs to preach the good news to all the people (John 4.28-29).

Topics covered in points 1 and 2 are those that Jesus would define as "natural" or "This World": History, consistent biblical passages, data specialized dictionary, to which should (in a more complete study of texts ) add an analysis of the key words in the original languages ​​and a lot of important details more. If you do not know and understand these data, it is impossible to see something deeper.
If you do not understand what "natural" can not understand how natural it is about God's eyes of two characters:

to. Nicodemus, a Jew of Jews, a Pharisee of Pharisees, a man who "Holy" believed (Pharisee stands apart for God, that is holy) but really did not understand that what he was talking (Law), was a sinner and needed a Savior. When Jesus exposes him his reality, Nicodemus generates discomfort. The Pharisees had seen many miracles of Jesus whom they knew and yet did not believe in Him.

b. The Samaritan woman of a people who in the eyes of the Jews was not a people, ignorant of the law and what to say, which Jesus makes him notice (John 4:22) The woman did not know Jesus, but before the signal that was a prophet (Jesus summed up in 28 words all his life of sin, John 4.17B) and announces she believes others to also create (John 4.28-29).

God looked and saw both characters so real: They both needed a Savior and both needed to realize their ignorance. Jesus gives them the same message, although differently, more rigorously Nicodemus (he was believed he was a master of the word) women with more sweetness, since she ignorantly was more humble than the Pharisee.

Week 70 is about to begin. The Lord finds us seeking Him. Seeking God not to sing two hours loggerhead Hillsong songs, but try to understand what he wants, which coincidentally is what he said.