THE MAGICAL THINKING IN THE CHURCH 2. By Fabian Massa. 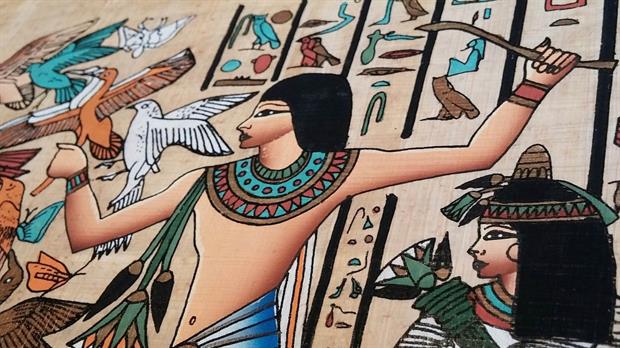 As we saw in the 1st part of this study * Magical thinking is a way of thinking and reasoning, relating the practice of certain actions (rituals, superstitions, sayings, designs or acts) with supernatural results. This is, for example, what happens with superstition and various popular beliefs.

All ancient people had rituals and liturgies to honor their gods. Their pagan practices permeated all his life, because to succeed in any of the daily activities had a spell, an amulet and a specific god who could help. As an example, I share a note published in the newspaper La Nacion on Sunday 05/29/2016:


Discovery of Egyptian papyri: Recently, written 1700 years ago were found with sex recommendations to increase libido recipes and spells to conquer desired partner. They are part of a series of written (in Greek) found a hundred years ago by archaeologists Bernard Grenfell and Arthur Hunt in Oxyrhynchus, which resulted in gradually.
A charge of providing the meaning of the past was Franco Maltomini, University of Udine in Italy. One of the spells invokes the gods to "burn the hearts" of a woman to fall in love of making the request. Another is a woman seeking to captivate a man forcing him to do what she wants. One says something like: "The spell, earth and water, for the demon that dwells in you and fortune of this bath, to burn and inflame his heart until he comes to me."

There were spells and spells for everything: planting, harvesting, hunting, war, love, sex, etc ...
People continuously doing this kind of "spiritual work" is known as witchcraft from Christianity - Witchcraft: Make a sentence, as a spell or incantation (ie sung) to occur something supernaturally in favor of person who makes it.
This kind of prayers recited a litany, often aided by a string of beads to meet exactly the number of repetitions required by the spell or incantation (the Catholic rosary is one example of this. Things like this are also used by Islam , Hinduism and New Age).
So it is understood that when Jesus taught his disciples to pray told them: "7 And when you pray, use not vain repetitions, as the heathen do, who think they will be heard for their many words" Matthew 6.7 RV60.

For the same reason Paul recommends to the Gentiles that made the church:
"2 Do not copy the behavior and customs of this world, but let God transform you into a new person by changing the way of thinking. Then they will learn to know God's will for you, which is good and acceptable and perfect. " Romans 12.2 NTV. You need to let God transform our way of thinking and perceiving reality. The study and meditation of the Word (thinking carefully, as it're doing now) in order to perform it produces in us such a transformation.

Both, repeating litanies (singing the same song repeating 700 times the same verses, as often happens in churches) and pray to exhaustion of verses without the true sense, for bringing them out of context, are common in the Evangelical Pentecostal Church.
On the issue of "Christian" music I have already published other post timely [1], so that in this present work just give a few examples of verses taken out of context:

6 He has enabled us to be servants of a new covenant, not of the letter but of the Spirit; for the letter kills, but the Spirit gives life. In this passage Paul teaches that as men of N. T. texts must draw the sense that God gave to it. The Masters of the Word of the New Testament, starting from Jesus himself, teach us to draw from Scripture the sense of it, while the Jews only took the literary sense of the phrases.

Jamieson says: "6. competent ministers (enough) [-rather, as Greek is the same, corresponding to v. 5, must be translated, "as ministers" (Ephesians 3: 7); Colossians 1:23)] of a new covenant-in contrast to the Old Testament or Covenant (1 Corinthians 11:25; Galatians 4:24). Back here again the contrast between the law "on tablets of stone" and "written by the Spirit on tablets of human hearts" (v. 3). Not of the letter-joined with "ministers"; ministers not mere letter, the literal precept, in what was the old law, as understood at the time, "but of the spirit", that is, of spiritual holiness that was under the old law and the new covenant brings to light (Matthew 5: 17-48).

The fact out of literalness a valid spiritual message for our lives, ie devotional message as used in the Church, can only be achieved by the grace of the Holy Spirit and devote time to study and meditation of Scripture. But this is not popular, however if the end of the verse: The letter kills, but the Spirit gives life, that is brutally taken out of context and used to object to study the Bible and justify a sovereign and holy ignorance, leaving a message more or less like this: "we are young to die, better not study the Word, for the letter kills".

The following 2 verses are part of the teaching that Jesus gives the disciples for discipline in the church. But they are taken out of context and used independently:

18 "I tell you, whatever you bind on earth shall be bound in heaven, and whatever you loose on earth shall be loosed in heaven. That is, people who you. bind to salvation on earth, making them understand the discipline and repent, be tied to salvation Heaven (Eternity), this is the true meaning. But the "enlightened" him out and usually used to "bind demons" most previously invented.
19 "I also tell you that if two of you on earth agree about anything you ask, it will be done by my Father in heaven. Within the context of Matthew 18.15-19, this appointment means that if two agree to pray and seek advice from God to rescue the wayward brother, the Lord will give it, so that your child is not lost. But this verse is usually brutally taken out of context and used to literally ask anything: a villa, a luxury 4x4 truck, riches, luxuries, etc.

Take verses out of context and use them with a selfish end, without thinking whether or not the will of God, that by mechanical repetition (as if it were a mantra) "magically" a supernatural change occurs in our reality, it is part of "Magical Thinking".

Week 70 is about to begin, for those who have not been interested in understanding and learn what is the will of God, there is no "magic works": they remain outside the Kingdom.