The strange religious rituals in Venezuela: The Return of the witches. By Fabian Massa 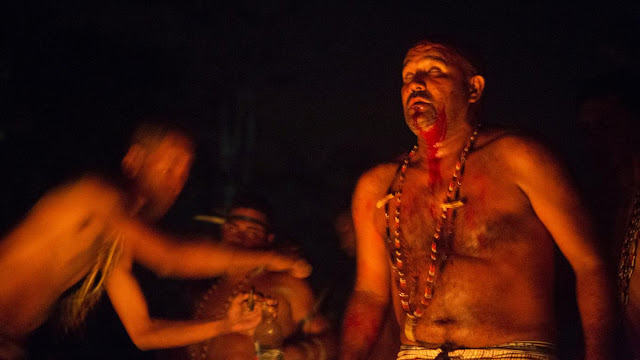 Roman Catholic teachings combined with African and indigenous legends in the mountainous areas of the Caribbean country.
A long every year in the mountainous jungles of Venezuela evening, hundreds gather to dance on hot coals red, enter trance states, and worship an ancient goddess known as Maria Lionza. Those traveling to the mountain known as Sorte in central Venezuela are practitioners of a cult that is based on local indigenous traditions.


Supporters say their rituals heal the pain and may even cure diseases.
spiritual rituals that combine Roman Catholic teachings with African and Indian legends is widely practiced in conjunction with Christian teachings.

Week 70 is about to begin. The company sees these things and newspapers titled as "Religious Ritual" which is obviously witchcraft in its purest and most elemental state.