REFLECTION. NOT A FRAUD abetting SPIRITUAL. BY FABIAN MASSA 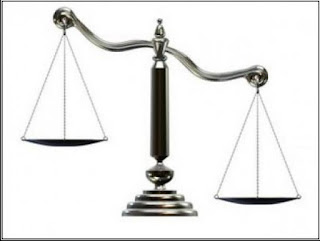 What is fraud?
Fraud is the action contrary to the truth and to righteousness or law--Fraud Act, which penalizes the person against whom it is committed.

When a pastor or Bible teacher teaches bad doctrine, he is going against the truth.
Every time your "pastor" twists the Word, every time "Decreta" prophesying his own heart (Ezekiel 13 1 to 16) is defrauding the Truth and when you knew this anyway participate in the activities of fraudsters and teach their falsehoods, for example you participate in the pyramidal structure of leadership and others repeat the false teachings of "Anointed", you become an accomplice.


Consider the definition of accomplice who gives Wikipedia [1]
Accomplice in criminal law, is a person who is responsible for a criminal offense or misdemeanor but not for being the direct perpetrator of it, but for having cooperated in the execution of the act with previous or simultaneous acts.

By collaborating with the false pastor-teacher-prophet you follow, you become the legal necessary cooperator figure: He who cooperate in the execution of the offense with an act without which there would have been incurred.

In addition you will also be considered an accomplice: One who cooperates in the execution of the crime.
Do not be an accomplice in the crime you cooperate or spiritual fraud offender you call "Anointed One" and "Servant of the Lord."

And to make matters worse, participate in all without an economic benefit, but also your work and donate money to the offender "Anointed One" live like a prince.

Awake you who slept Hillsong so empty and so useless "Declaration of Power" song.

Week 70 is about to begin, reacts.