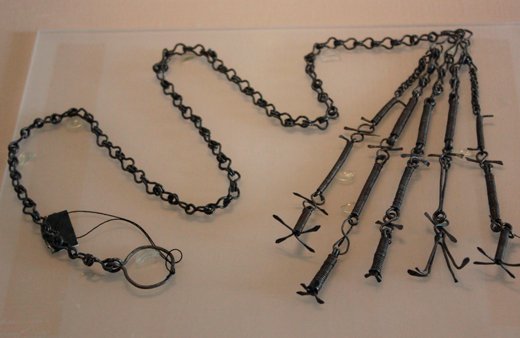 On Friday August 26, 2016, it was published in newspapers in Argentina a shocking news became public knowledge a complaint of torture and flogging against the nuns of the Convent that the Discalced Carmelites are in the town of Nogoyá, Entre Rios, Argentina .

In the early hours of Thursday August 25, 2016, the prosecutor Federico Uriburu arrived with the police to the Convent of the Precious Blood and Our Lady of Carmel in the city of Nogoyá. He did so after learning an investigation of the weekly analysis that warned about the use of torture and mistreatment elements of several nuns.
The prosecution confirmed the existence of hair shirts and whips, who were kidnapped in the context of a case for aggravated unlawful deprivation of liberty.


The archbishop of Parana, Juan Alberto Puiggari said: "There are torture, it is discipline, and elements (hair shirts and kidnapped whips) are part of the life of inmates."
The newspaper Clarin [1]: "Whoever enters the congregation makes vows of silence, chastity and obedience. "The applicants are in another part of the monastery, just see the nuns," said M.S. and told what you eat. "They serve soup, vegetable omelet and fruit, always the same. Sometimes there are some sweet that prepare the nuns ".
In the closing austerity prevails. When the nuns receive their relatives once a month, they are seen through a fence and control of a nun who hears all and informs the superior ".

This type of "disciplines" seeking to "subdue the carnal and sinful body" through torture, flogging, fasting, isolation, etc ... have their origin in the gnostic movement of the time of Jesus, 2,000 years ago.

One of these Gnostic sects in early Christianity infiltrated claimed that everything related to the body is evil and sinful, so it is necessary "submission" to have it mastered. This belief survives even to this day in the evangelism, which is known theory of the two dogs, "Within every man live two dogs, one white (spirit) and one black (obviously the body). If you feed the White (Bible reading, fasting and deprivation) this prevail. However, if you feed the Black (all that pleasure, even in its healthy measure as a good lunch, sex within marriage, listen to music, read a book, enjoy an afternoon of sunshine, have a sense of humor, etc ...) shall prevail. "

These new "Gnostics" are within Catholicism and also among evangelicals, most of the time not made (do not know they are) They conceive a spiritual life only if they live in bitterness and pain.

Week 70 is about to start, stop those silly things that the Apostle John and twisted denounced as 2,000 years ago.