THE REVELATION OF GOD AND Idolatry IN THE CHURCH, BY JOHN MACKAY. PART 2 BY FABIAN MASSA. 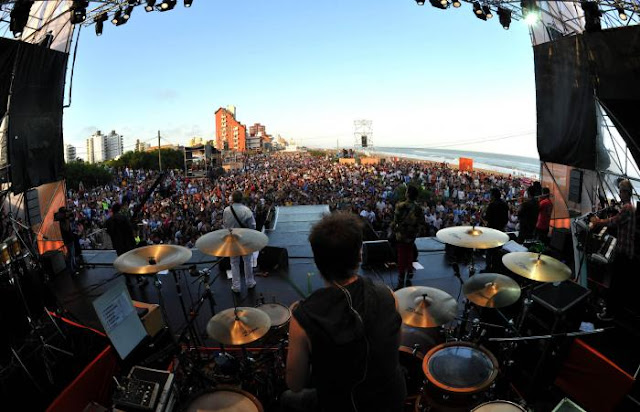 THE REVELATION OF GOD AND IDOLATRY IN THE CHURCH, BY JOHN MACKAY. PART 2. LATIN AMERICAN THEOLOGY BY FABIAN MASSA STUDY 3.

We conclude that it is God who reveals himself to man (Gracia), that this favor of God corresponds man with faith. Theology is the study of God's revelation, and is a tool for just that, I know Him to live according to his will.
We also saw that when something is a tool becomes an end in itself, it is an idol. Thus theology, high morals, the Church as a structure, can become idols. In this second part, we will see how liturgy seeking to "exploit" the emotional is also idolatry.

1. The man's encounter with God

We saw that this second point is the subjective aspect of reality, which gives rise to the Christian experience and worship. Mackay says: "Both the Christian experience and Christian worship can express reality, in a sense being an integral part of reality itself; but both, at a time, they can express the appearance, idolatry "
Mackay says that emotion or feeling can become an idol, when searching for emotions, feelings or sensations becomes paramount. This is known as aestheticism. Formerly in the Greek culture, the aesthetic was referring to what may be perceived by the senses.

"Christian experience" that can be defined as "trademarks, the traits of being a new creature" to the neo-orthodoxy is only mysticism. Jonathan Edwards says: "The only true test of a man is a Christian, is whether there" holy affections ", ie, true Christian love. The last Christian reality be revealed in the total love of God and men. "

can, or should, do not separate the emotion of the Christian experience. It is natural that the soul man excited sel contact with the reality of God, the depth of his love and his words. The problem is when it seeks to "blow up the feelings" about the feelings in themselves, then they become idolatry. There are two types of typical worship in the Protestant tradition:

to. Lutheran, more aesthetic (most sensitive elements)
b. Calvinist, more focused on the objective

Based on these two models, the other (Episcopalians, Methodists, Baptists) "armed" their services.

This is my conclusion to this short survey: Regardless of whether it is more like "a" or "b", the important thing is that the Cult seek to worship the Lord, proclaim his Word, to teach the truth and let the work be made by the Holy Spirit.

I have already presented several posts that talk about the search for the sensory in worship, and that it responds to the postmodern movement. Here I'll only make a synthesis.
Postmodernism is the search for the emotional feeling. Postmodernism and Neo-Pentecostalism make a good couple. Neo Pentecostal preachings have a tinge of self-help are purely humanistic, emphasizing Christ I above. The music accompanies the pursuit of sensory, thinking is not so important, why sermons are short, small fragment of text, which can be easily taken out of context to make the Bible say things that God never said.

An ignorant congregation of the Word can not distinguish whether the preacher respected or not the context ... only valued if they moved more or less. If it was "more" it was a "Cult of Power" and if it was less ... .no matter, were 2 hours. singing empty of content but rather hopeful messages choruses.

Some time ago, I attended a worship pastor gave important U.A.D., whom I had a teacher at the Bible Institute. The message was pure Word of enthusiasm, of dubious theology. When I tell a teacher told me what had seemed his service, he replied: "People need to encourage that because it is very discouraged by economic difficulties." And that is the concept that more successful today, at least in Argentina: "The Prosperity Gospel."

The "spiritual" criticize the gross idolatry of the Church of Rome, and do not realize that their idolatry is equally destructive and infinitely more refined, so that they themselves do not realize.

Church life today in most congregations is pure idolatry, because it is important in itself, ceasing to be a tool to train priests from home, merely being is pure activity without Word. Meetings of the structure of the Church are pure organization that organizes organizations organized for any activity that is not organized. The purpose of most churches is to provide a machine bill the service of "Anointed One". Idolatry PURA.

They organize solidarity campaigns where to deliver donations U $ D 100,000 to be distributed among 200,000 people. For this U $ D 1,000,000 spent on organization, music, sound, advertising, film, stationery, luxury hotel stays, clothing and equipment. Crazy. And then the "Anointed" sells CDs and earn another $ D 500,000 for his personal coffers. PURE GREED, which is idolatry.

False Teachers are the "yea" and the largest churches. And their congregations the most ignorant of Scripture.

Week 70 is about to begin. Awake, O, who they slept with the cooing of loggerhead and empty songs. Christ is coming soon ... Do not stay out.