IDEOLOGIES HALLOWED VS. GOSPEL OF CHRIST. BY FABIAN MASSA. 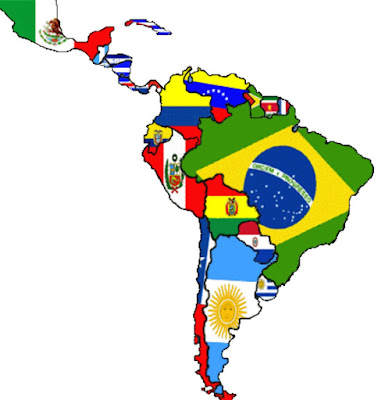 Explicitly Using an ideology to understand reality implies its "sacralization"?

When reality through a filter, an ideology, look all incompatible elements are discarded, leaving only the "permitted" by the same elements. As the saying goes, "everything depends on the eye of the beholder". 2016 Today we can see clearly how in the '70s sacralized two ideologies to the point that justified the "kill or die in the attempt to impose itself" clearly met in Latin America:

to. Free market policies of the Chicago Boys implemented by dictatorial governments, rabid puppet of US imperialism
b. Guerrilla Warfare with which Marxists (with a focus on Cuba) wanted to gain territories in order to achieve the new man in a just society.
For each of these ideologies, anyone who did not agree not deserve to live.


Does it Padilla this ideological debate? Obviously Padilla gives this debate when he speaks of:
to. SECULAR CHRISTIANITY. (Page 112) The author defines the secular Christianity as an anthropocentric religion, which tells the man what he wants to hear: "Who is the master of himself, that the future is in your hands, God can be tolerated as something impersonal that he can manipulate. " The secular Christianity does is sanctify the secular, replacing the love of God manifested in Jesus for the love of the material, as if time had an "absolute value". On page 121, Padilla explains that the secular Christianity is obsessed with life in this world and that salvation is limited to success, the monetary and economic-financial.

b. Liberation Theology in Latin America seeks to expand the concept of a) so that it is framed within the Marxist philosophy.

c. CHRISTIANITY-CULTURE: On page 113 Padilla refers to the "American Way of life" that is to believe that true conversion is to take a look and an "American" act in the following broad pages this concept: (page 114) For many the image of the Christian is that of the successful man, I thrive when everything goes well (is blessed) and wants to share generously with others their "key to success". I understand that this is one of the starting points of the current "Prosperity Gospel" and the "Gospel Life rosy" where the act of accepting Christ is the "key entrance to the Kingdom of Happiness". A little later, (page 115-116) Padilla explains that Christianity-culture reduces the Gospel to a mere formula for success in the material and sensory being an anthropocentric religion and that is a gross manipulation of the Gospel in order to achieve success and leads to the slavery of the World. He further explained that his presentation is not an attack on the American Christian or lifestyle, but "The Church must be free from any cultural element that clash against the Word. With respect to our culture, it is our responsibility to see that elements of it should be retained and which should be discarded because of the Gospel (page 132) ".

On page 91, Padilla says: "All social and political movements are temporary. Coming of Christ in history it will be totally absorbed by eschatology. Consequently we are called to live in expectation of the Coming, aware that no social, political or economic system is final. So reduce the Church to a social promotion agency and political action is a false dilemma. Good works do not serve to redeem (as sponsors Rome) but as an expression of the Kingdom of God is on Earth. "

Faced with limited debate ideologies, Padilla explains that as a Church we must expose the kingdom of God that transcends the circumstantial and focuses us to eternity, without falling into the concept of salvation only the soul, which faces the Marxist offer of a new man in a perfect society, seems limited.
Padilla's gaze is essentially eschatological, looking prophecy has already been fulfilled in Christ and that still has to be met. (Page 91) The above paragraph is evident that Padilla says that "The Gospel involves the hope of a New Heaven and a New Earth" (Revelation 21;. Cf 2 Peter 3.13), ie the restoration of all things, which it is much broader, rewarding and encouraging than any worldly ideology.

And if to avoid the danger of sacralizar an ideology, and the Church become absorbed in the world ... something worse happens, it would be absorbed into the dominant ideology ...?

It is not something like what happened with many churches during the neo-liberalism ...?

The debate raises Padilla remains current, the "American Way of Life" and Christianity-culture remain in place, I understand that the neo-Pentecostal Church has been absorbed into the dominant ideology of capitalism represented by "Evangelism Prosperity" where evidence of the approval of God manifests that the Christian everything is going well, and that is "prosper" in all material things.

A Church is blessed according to the amount of "believers" who parroted what the "Anointed One" without understanding half verse.
A Church where "The blessing" is "to declare, decree that the best (always economic benefits) is to come" because we are children of God and He is obliged to follow what their children say ... if it is His will or not that "decrees" nobody seems to care. These churches grow because they are told men what they want to hear.

A Church where the "Anointed One" prophesies personal issues in front of 15,000 people ... and where the prophecies are true "if you take it on faith." If it is not met it is that the pastor is a false prophet, but because the brother is a carnal without faith.
A Church that when someone is cured of illness was for the Anointing of the Servant and when you die was by the Will of God.

Does the critical spirit does not become, often against the ideology itself?

Let me try to answer this question from personal experience. Ideology (whatever) tends to "convert" people themselves. In this process of "conversion indoctrination" they are eliminated one to one possibility of any objection or criticism. At the Institute in which I have a degree in theology, under the U.A.D. I have lived this experience. From an initial group of 150 people only 4 or 5 of us the "critical spirit" survived. Obviously we had serious problems, we were teased, counseling (almost exorcisms), with some very hard times ... .in several meetings with the Director had to say that only recant me what has been said if he could prove by Scripture and not of the "Doctrine of the Union" otherwise. We finally had to get out of the entire circuit. One in which the critical spirit survives, inevitably it turns against the system.

What if the churches "are" fully functional to a sick society people, individualistic, competitive, selfish, where the sufferer or the poor "something will be, which own devices ..."?

Not that happen but what is happening, churches whose congregations did not pass through the waters of repentance and whose Christian belief happens to have a life without problems and be rich before the coming of Christ.