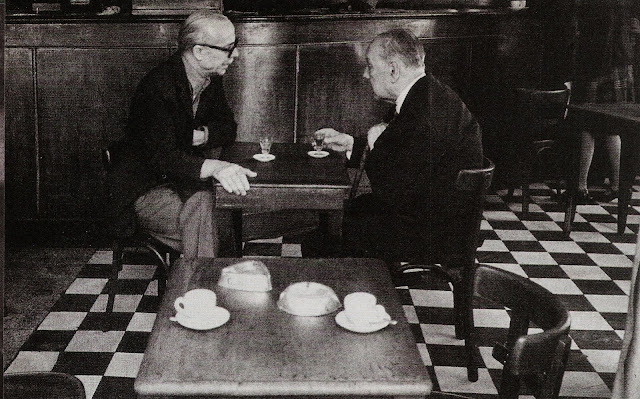 In a coffee chat with a friend 100% pentecostal, the conversation was about the judging. Once we agreed on semantics, to distinguish the words judge (as may discern between good and bad, which pretty close to a critical attitude) to condemn (apply punishment), begin to discuss.
With the subtlety that characterizes me, as my friend Sergio Bodo, I shot at point-blank that his Pastor (the "Anointed One" of Belgrano) was a criminal because twisting the Word, preach the Gospel of Prosperity is to move the Declare and receive it.


My interlocutor horrified told me to not touch the "Anointed One". I pointed out that he was just doing a reading of reality, as the "Anointed" is indeed a heretic.

So I ask:
.- What do you think of Pope Francisco?
.- Francisco is a heretic because she practices idolatry and incites the people to do the same.
I pointed out that he was making judgment on the Pope and he said that only to a reading of reality.

.- What do you think of Cristina Kirchner?
.- I think it's a corrupt that ruined the country for several generations and hopefully the convict prison.
I did see that again was doing and he replied that judgment only to a reading of reality.

.- What do you think of your pastor, preaching the gospel of prosperity and thrive only he and his family?
.- BROTHER DO NOT ANOINTED TRIAL !!!

I answered only to a reading of reality, but will "lock the hard drive" and could no longer continue talking.

WHEN TO JUDGE OTHERS, BUT IS NOT CONDEMN READING OF REALITY. WHEN TO DISCERN IF THEY DO THE RIGHT THING, NOT TO JUDGE BECAUSE GOD YOUR TIME SET THINGS WILL LOOK. HYPOCRISY PURE.

Week 70 is about to begin, take off your mask.