+ STUDY. DIFFERENCES BETWEEN JUDGE AND CONDEMN. BY FABIAN MASSA 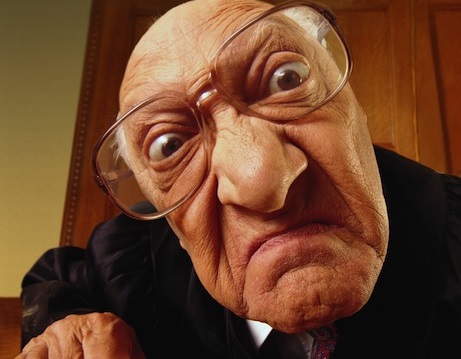 + STUDY. DIFFERENCES BETWEEN JUDGE AND CONDEMN. BY FABIAN MASSA

In recent times it has emerged forcefully teaching that we should not judge anything and anybody, except if it is a brother or a Ministry.

Usually this passage from Matthew that says 7.2 states:

2 For with what judgment you judge, you will be judged, and with the measure you use, it will be measured. RV60

If the text without making a hermeneutical study of it is interpreted literally, it is effectively concludes "Do not judge anyone." It should be noted that the Greek has a wealth of Spanish vocabulary that does not have and that is why the memento to make a serious study should go to the original language.


2 For with what judgment you judge, you will be judged, where judgment is the translation of CRIMA Strong # 2017 which means punishment-sentence. And judged crino Strong # 2919 which means judgment as analysis of the situation. If we paraphrase verse interleaved with this information we are:

The way they judged (correctly or incorrectly) will be judged and punished the sentence will be punished.
This does not mean that we should not judge (discern, crino # 2019), but we must do so wisely, that is righteous judgment:

If you would paraphrase:

I can not do anything by myself; I understand and discern (judging whether good or bad); and my decision is fair (fair), because I seek not my own will but the will of him that sent me, the Father.

Discern what is right and what is wrong is the basis for choosing the good life, to teach and minister to others. Teaching not judge anything or anyone, it is therefore taken out of context and false doctrine, whose sole purpose is to let anyone judge them.