BARBIE & BILL KENNY, FROM THE COMPLAINT TO THE STATE OF "NO CHANGE". BY FABIAN MASSA. 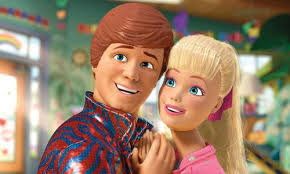 BARBIE & BILL KENNY, FROM THE COMPLAINT TO THE STATE OF "NO CHANGE". BY FABIAN MASSA.

This is the story of Barbie and Bill Kenny, the marriage that wanted a different Church. They were tired of those bland classes at the local Bible School, where the instructor hardly knew anything more than them. They were bored with the empty songs of Hillsong and the Power Cults (without power) of two verses and a concordance taken out of context.

They no longer wanted that, they knew there was more and they longed for it. They finally got a small church, where the central part of the Worship was based on Scripture.


The Pastor and the Elder of the Church were careful to prepare their sermons taking into account the social, political, historical, customs and the original language of the chosen texts. They preached in an expositive manner, respecting the order of the books, using varied comments, maps and delivering in advance their talks so that the small congregation studied them previously.

The Kenny were delighted with the teaching. The Shepherd and the Elder constantly motivated their little flock to acquire study and reading materials, always showing them how to prepare their own material at home (their own "spiritual food") by encouraging men to exercise the priesthood in the family.

The Kenny had finally found a different Church ... so they began to congregate there. They wanted a change and they changed Church, but they did not change: Bill Kenny remained the same Bill Kenny, who during the week did not read anything, not even the newspaper headlines and Barbie never changed his old Reina Valera Bible of '60 (Without studies, without notes at the foot and without concordances, that presents her late Abuela Rigoberta when she turned 12).

Soon they began to grow weary of the Shepherd and the Elder. They started going to a Worship every 15 days, then once a month and then they were gone. They wanted a change, but without having to change anything. The Kenny wanted the change to be operated on them by some external process, magical, supernatural ... something portentous to get them out of their state that I do not sing, that I do not dance, that I do not understand anything. But that process never came and the Kenny returned to their old Church of Hillsong songs, from where they should never have left.

Week 70 is about to start anytime, the Kenny will stay out.