SIN, THE TRUE STAR OF DEATH. BY FABIAN MASSA. 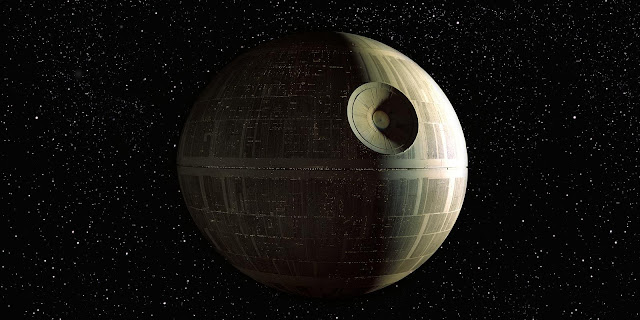 SIN, THE TRUE STAR OF DEATH. BY FABIAN MASSA.

The Death Star (in English, Death Star) is a fictional space station within the universe of the movie Star Wars. This was the image that came to my memory when I read the definition of the theologian J. M. González Ruiz, about sin / Evil: "The Hamartiósfera, the sphere of sin." For Ruiz this Hamartiósfera is the one responsible for the evils in the societies of today.
According to traditional Theology (Fundamentalist), sin is a supra-historical reality, that is to say that it is present in History but in turn transcends it. In this "traditional" posture, the most common one, sin is taken as something "of the individual who sins against God and secondly, who sins against his neighbor" as "the family or the environment" as an issue Personal and non-social or massive. Also according to this position, sin is an impediment to salvation in the hereafter, leaving little to improve on "the hereafter."

Theologian Gustavo Gutiérrez, father of Liberation Theology, says: "Sin (the rupture of man with God) is a historical reality, it breaks the communion of men among them, it is a retreat of man upon himself (selfishness) ... And because sin is an intrahistorical reality - personal and social -, it is part of the daily plot of human life "[1]. When a society practices sin (social injustice, for example) we have a collective sin, which affects every society (ie not only the oppressed, but will also have harmful effects on the oppressors).

The sin of social injustice is a concrete fact in a here and now, a reality that is recorded in history. Sin is not only a "cosmic principle" of evil, but it adopts historical, social, and human structures. Hence the political question is central to the Christian faith. Because power structures disseminate sin [2]. In order to explain the collective dimension of sin, "a kind of sphere or structure that objectively conditions the very course of human history." Sin occurs in oppressive structures, in the exploitation of man by man, in the domination and slavery of peoples , Races and social classes. Sin then arises as fundamental alienation as the root of a situation of injustice and exploitation .... Sin demands a radical liberation, but this necessarily includes a political liberation. According to Liberation Theology, sin as a social, intra-historical fact is a consequence of non-relationship with God, which precludes the right relationship between men [4].

And why is it important to be clear about this?

Because if we think that sin is only a Cosmic Entity of Evil operating in the Celestial Spheres without taking into account that the oppression to which the poor is subjected (ie 60% of the population of Argentina) is real and product Of social sin (of corporate corruption, selfishness, greed, lies and corrupt policies, all sins against our neighbor), we can fall into the error of preaching to lift people's hearts, when what we have to do is preach the Gospel Which Christ taught: "Repent because the Kingdom of Heaven is near" will only be free from the sin and oppression that social sin does upon them when they recognize that they need a Savior, who are sinners in need of a Redeemer.

Then the Kingdom will do the miracle of the Liberation, as it did in John 6 (the miracle of the multiplication of the loaves and the fishes). Jesus preached from the Kingdom to the Crowd, from their need to repent. Sin and life without God, to take the new from God: the Kingdom) and then Jesus prayed and the Kingdom provided to satisfy the hunger of all and that even left.

The Kingdom responded to the impossibility of the "Small Pack" to supply the need for lack of own resources (They did not have two hundred denarii to buy some bread for each of them). Faced with necessity it is necessary to imitate Jesus and not to fall into the charlatanry of the "Anointed" who declare miracles right and left to "lift up the spirit of the brethren"

Week 70 is near, cowards and unbelievers, abominable and murderers, fornicators and sorcerers, idolaters and all liars will have their share in the lake that burns with fire and brimstone, which is the second death (Revelation 21.8). Many of the Anointed go into this bag, for charlatans and liars.