SINCE POLITICAL CORRUPTION AND THE "SMALL WORLD" OF THE "BRYAN" AND THE "JENNIFER". BY FABIAN MASSA. 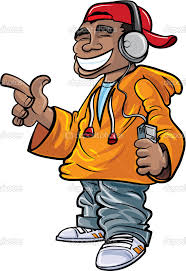 THE POLITICAL CORRUPTION AND THE "SMALL WORLD" OF THE "BRYAN" AND THE "JENNIFER". BY FABIAN MASSA.

Corruption kills, impoverishes, brutalizes, ill. Corruption is not only a violation of the Law, it is a sin against the Law of God, because corrupt people ruin their lives with their greed for money and power.

B. "Why the Brian and the Jennifer"

For those who read me outside of Argentina, (The great majority, to fulfill that of "No one is a prophet on Earth" - Matthew 13:57) is necessary to explain what I mean by "Bryan and Jennifer."

During the twelve year period of the populist administrations of the Kirchner marriage (Néstor Kirchner 10/12/2003 - 12/12/2007 - Cristina Fernández de Kirchner 10/12/2007 - 09/12/2015) Argentina as a whole suffered a Degradation in every sense: Social, moral, ethical, political, economic, cultural, educational, etc ... that will affect the country who knows for how many generations.

The "Bryan and Jennifer" are the flesh and blood of these devastating policies (these are the most popular names among them): Thousands and thousands of young people without a culture of work, effort, no interest in education Have access to it), without access to health, socially marginalized even though the vast majority receive "social plans" (subsidies). A generation of young people who may not be able to recover and parents of generations that will cost a lot to save them from being like their parents.

Ludwig Wittgenstein, was an Austrian philosopher, mathematician, linguist and logician, who later became British nationalized. He wrote the book Tractatus Logico-Philosophicus, which was the result of his notes and correspondence maintained with Bertrand Russell, George Edward Moore and Keynes (all philosophers and scholars of his time).

The book was written between 1914 and 1916, when he served in the trenches as a soldier in World War I and during the time he was a prisoner of war in Italy. I found this data important, especially to share with those who tell me that they could not study, think or read when they are in a position 1,000,000 times more comfortable than friend Ludwig.

Tractatus Logico-Philosophicus has only 70 pages and is one of the most important books of philosophy of the twentieth century.

In one of the fundamental theses of the book, the author says: "It is the identity between meaningful language and thought, implying that our thoughts (the mental representations we make of reality) are equally governed by the logic of propositions , Then: "The logical figure of facts is thought" (Tractatus: § 3) or "Thought is meaningful proposition" (Tractatus: § 4). In this way, if something is thinkable, it must also be possible (Tractatus: § 3.02), that is, it must be able to be collected in a meaningful proposition (be it true or false). Thought is a representation of reality. Reality is what can be described with language (in this sense, it is seen that reality in the Tractatus is an image that results from a descriptive language, and not a reality in itself, so the limits of my language are the Limits of my world) [2] ".

The limits of my language are the limits of my world, they are not "Only words" but something that reflects a reality: If your vocabulary is structurally poor, own the "Cartier Neighborhood" you can only communicate and live (work, Belong) within the limits of that area .... Forget to go out to the rest of the World .... for that you need another language and that is not only the way to speak, but to think and make your life.

In order to expand your territory, the only way is by educating yourself, by learning. You're going to demand double or triple what it will cost others ... but it's the only way out of "Poor" structurally speaking.

When you do, you will have broken a chain that not only tied you, but all your offspring. Be free, educate yourself, take advantage of the free opportunities that the society of your country gives you: Schools, courses, subsidies, workshops of trades, languages, etc ...