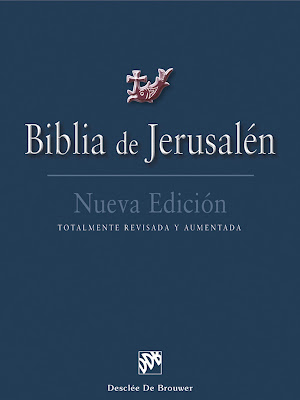 22 The Feast of Dedication was celebrated at Jerusalem at that time. It was winter. 23 Jesus was walking in the Temple on the porch of Solomon. 24 The Jews surrounded him and said to him, "How long will you keep us alive? If you are the Christ, tell us plainly. "John 10: 22-24, Bible of Jerusalem.


This study is an extension of an earlier one already published.

A. THE PARTY OF THE DEDICATION.

1. John 10.22 marks the beginning of a discourse of Jesus, which extends to the end of John 10. It is an important verse for several reasons:


I. Determine the "here and now" of the discourse John 10: 22-42: The place the city of Jerusalem, and the time during the Feast of Dedication, which occurs in December (two months after the preceding discourse ending in John 10:21 ).

II. It was winter this is also an important fact. Traditionally Christmas is celebrated in December. In Luke 2: 8-20 Luke recounts the announcement of the Angels to the shepherds who kept the sheep in the field of Bethlehem (just 9 km from Jerusalem) that El Salvador was born. As we saw in the study of John 10: 1-12, pastors spent the night in the field with their sheep alone in the less cold seasons. In winter they made the flocks rest in the corporate corrals of the city (John 10: 1-5). Therefore Jesus was not born for December, as it is traditionally celebrated, but according to John 1:14, the Word tabernaculized, that is to say it made dwelling among us in the Feast of Tabernacles, that is to say for the end of September - beginning of October.

III. Feast of the Dedication: In the year 168 a.C. Antiochus Epiphanes invaded Jerusalem and desecrated the Altar of the Temple of the Lord sacrificing a sow (1 Maccabees 54): "On the fifteenth day of the month of Kisrael in the year 145 the king raised up on the altar of burnt offering the abomination of desolation. They also built altars in the cities around Judah. ​​" It was a time of great oppression and religious persecution for the People of God. The Maccabees rose up in arms against the invader (1 Maccabees 2). After many struggles the Maccabees finally recovered Jerusalem and as a first step they perform the Temple Purification (1 Maccabees 4.36). The Feast of Dedication recalls this historical fact the victory that God gave the Maccabees over an army infinitely superior in men, arms and resources. Jesus also honored this feast.

2. THE THEME IS IMPORTANT FOR SEVERAL REASONS:

I. The desecration of the Temple was the fulfillment of a prophecy of Daniel (9: 20-27 and 11: 29-31). If we do not know the story, we will not be able to see the fulfillment of the prophecies. Jesus says that in order to understand the Signs of the End (Matthew 24) it is imperative to understand Daniel's prophecies: "So when they see in the holy place" Sacrilege, "spoken of by the prophet Daniel (the one who reads, let him understand it)," (Matthew 24:15). Daniel chapter 11 details a series of historical events with such precision and detail that it led a large number of scholars to consider that the book was written by an unknown author between the years 168 and 167 BC.

II. The importance of the Book of Daniel is very great, in Daniel 9: 20-27 prophesy of the 70 Weeks, anticipating the rebuilding of the Temple (Daniel 9:24 - cf. Ezra 3.10); The rebuilding of Jerusalem (Daniel 9:25 cf. Nehemiah) the birth of the Messiah and his death in the year 32, the destruction of Jerusalem (Daniel 9.36 - AD 70); The taking of the City by Antiochus Epiphanes and the suspension of the sacrifices (Cult) and the profanation of the Altar (Daniel 9:27). That is, if the book of Daniel had not been written by Daniel, that does not mean that it has certain prophecies and impossible to deny. Personally, I believe the book was written by the prophet Daniel.

III. In Daniel 11: 29-32 he specifically prophesies about the desecration of the Temple: "29 At the right time, the king of the north will again invade the south, although this time the result will be different, 30 because the warships of the western coasts will oppose To him and will make him lose the value. Then he will turn back and discharge his anger against the holy temple. In his retreat, he will show kindness to those who denied him. 31 Their armed forces will dedicate themselves to defile the strength of the temple, and they will suspend the daily sacrifice, establishing the horrible sacrilege. 32 He will corrupt with flattery those who have forsaken the covenant, but those who know their God will oppose him with firmness. "

3. THE SEPTUAGINTH, THE BIBLE OF PAUL, THE JEWS AND THE CHRISTIANS OF THE FIRST CENTURY

I. The Septuagint, LXX, or "Bible of the Seventy" was the Bible in Greek that used the early Church in the first centuries of existence. For those who are about to rip their garments from the use of the LXX - dated between 280 and 30 BC - (the Jerusalem Catholic Bible uses this text as a basis) I remind you that it is the Bible that I use Paul, Peter and The author of Hebrews.

II. The desecration of the Temple was a historical fact. Because Maccabees is not within the Protestant Canon, it is that the vast majority of (non-Catholic) Christians totally ignore this important part of history.

IV. It is advisable to read chapters 1 to 4 of 1 Maccabees carefully to see the subject, here I only add the key passages: "29 Two years later the king sent to the cities of Judea an official responsible for collecting taxes, Who came to Jerusalem with a mighty army; 30 With intent to deceive the inhabitants he spoke to them in peace, and they believed him. And suddenly she cast herself upon the city, and struck a great blow upon it, and slew many Israelites, 31 and after plundering it, set it afire, and destroyed the houses and the wall round about it. 32 Their men took the women and the children captive, and took the cattle. 33 Around the city of David they built a high and strong wall, with fortified towers, and made it a citadel. 34 They put ungodly pagans and renegade Jews there, who were fortified there. 35 They stored up weapons and provisions, and kept there the things they had stolen at Jerusalem. There they lurked. 36 It was a danger to the sanctuary and a constant threat to Israel. 37 And they poured out innocent blood around the sanctuary, and profaned it. 54 On the fifteenth day of the month of Kislev, in the year one hundred and forty-five, the king committed a horrible sacrilege, for he built a heathen altar above the altar of burnt offering. Likewise, altars were built in the other cities of Judea. 55 On the doors of the houses and in the streets incense was offered. 56 And they destroyed and burned the books of the law which they found, 57 and if any man found a book of the covenant of God, or anyone sympathetic to the law, he was condemned to death, according to the king's decree. "

It is installed in many (almost all) of the Churches a dualistic vision: Christian life / secular life; History of the Bible / secular history; Christian art / secular art; Etc ... as if the Church or a person had double existence and it is not so. I am a married man, when I am with my wife or when I am not ... I am a Christian, when I am in the Church and also when I am not ... I am Argentine when I am in my country or when I am abroad.
On the other hand, there are not two stories either. The History of the Universe starts from the Creation of God, therefore it is something that concerns Him. The history of man starts from the creation of man, therefore it is also a matter of God. God determines history through prophecy. See Daniel 8.8-12 and compare with 1 Maccabees 1.1-9

In turn, he is a type (advance) of how the Antichrist will desecrate the Temple or its equivalent in the End Times, prophesied by Jesus: "15 Therefore when you see in the holy place the abomination of desolation, spoken of by the prophet Daniel who reads, understand "Matthew 24:15.

6. THE ONE WHO READS, UNDERSTANDS, SAYS JESUS

How much are you understanding of the prophecy? God left it for the disciples, so that it may be understood and preached. Because the ultimate end is this, that by understanding the Scriptures we can be ready for the moment of the fulfillment of the times, we can see and discern them. Every detail that is written in The Word is important. The Deutero-canonicals are texts and passages of the Old Testament of the Judeo-Christian Bibles which are not included in the Hebrew-Aramaic Jewish Tanakh, but which are included in the Deutero-canonical books (misnamed "Apocrypha"). The Greek Bible of the LXX, the text used by Jewish and Israeli communities throughout the ancient world beyond Judea, and then by the early Christian church of Greek speech and culture. " While the Deutero-canonical books were written in "God's Time of Silence," (that is, in the 400 years that separate Malachi from Matthew in the Hebrew Canon Bibles), that does not mean that nothing has happened or that God Had not acted, in fact the Maccabees would never have been able to free Jerusalem if God had not been with them. Maccabees 1 and 2, like most Deutero-canonical books, provide data for the study of customs, culture and history.

B. If you are the Christ tell us openly.

Those who question Jesus on this subject in John 10.23 were waiting for a warrior Messiah, a new David, a new Judas Maccabeus, who would bring the Romans out of power and give them back the splendor of the Kingdom.
Jesus knew this, so in John 6, after the miracle of the multiplication of the loaves and the fishes, when he learned that they wanted to catch him to make him King of Israel, he went up to the top of the hill (John 6:15).
The disciples also expected a Messiah Warrior, many texts bear witness to this. As an example I quote Luke 24: 13-33 on the "Road to Emmaus" where Cleopas says: "... Jesus of Nazareth, who was a mighty prophet in deeds and words before God and all the people; 20 and how the leaders of the priests and our authorities handed him over to be condemned to death and crucified. 21 We hoped that he would be the one to deliver the nation of Israel. "

II. In order to understand prophecy, it is necessary to study Scripture carefully. You can not pretend to understand a text if you are still spelling, you need to read straight and giving the correct meaning to the sentences (use of punctuation).

III. Relate the different passages: What in computer science is called "cross information". The Bible is a collection of books, but all give the same message. If the different books are not related, it will be very difficult for them to grasp the fullness of the prophetic message.

IV. In order to understand what is going to happen in the "End Times", we must understand what happened in the past, that is to know how to identify the Types (facts or historical advances) that are a "shadow" of what will happen (Anti- The Fulness of Time.

Week 70 is about to start, do not stay outside.