THE FALSE CHRISTS. BY FABIAN MASSA. 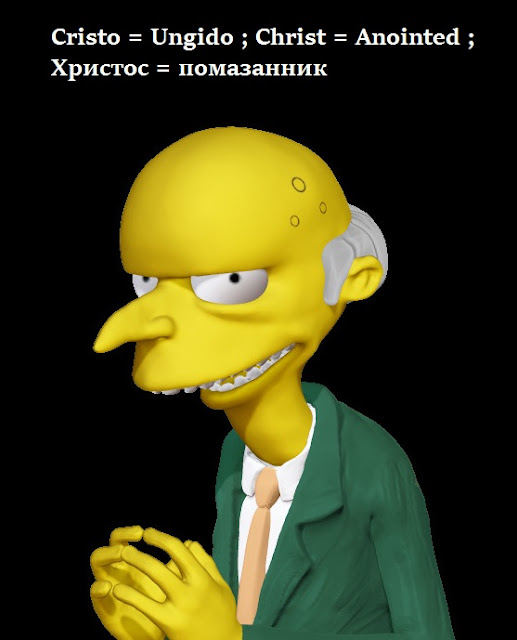 THE FALSE CHRISTS. BY FABIAN MASSA.

In Matthew 24.24 and Mark.13.22 Scripture anticipates that for the End Times, ie ours, False Christs and False Prophets will arise


And there are indeed many deceivers calling themselves "Apostles" and "Prophets," of which the thriving and prosperous "Neo-Pentecostal Church" is full. Apparently no one dares say "I am the Christ", but they are doing it in a covert way: They call themselves "Anointed". "Christ" is the Greek translation of "Anointed One" (Heb. Mâshâaj - Messiah - Anointed).

The LXX Generally translates this term (Mâshaj - Messiah) by Jristós (of the verb. JríÇ), "to anoint"; From where "anointed" comes). This term appears hundreds of times in the NT and is translated as "Christ" (John 1:41). Thus, although the word Messiah, "Messiah," is exceedingly rare in the NT, the translated form Jristos, "Christ", * is very frequent [1].

Awake you, who slept with those empty songs and all the "Ministrations" of your False Christ, the Scriptures also referred to them anticipating that False Teachers would rise to confuse if possible even the elect. Week 70 is about to start, do not stay outside.