THE PROPHETIC CODE, THE HISTORICAL REPORT AND THE ROSETTE STONE. BY FABIAN MASSA. 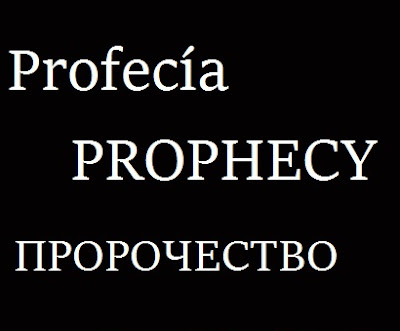 THE PROPHETIC CODE, THE HISTORICAL REPORT AND THE ROSETTE STONE. BY FABIAN MASSA.

In 1799, during the French campaign of Napoleon Bonaparte in Egypt, the soldier Pierre-François Bouchard found a fragment of an ancient Egyptian stele engraved in stone, later known as Stone Rosetta, which is inscribed with a decree published in Memphis in the year 196 a. C. in three different writings: The upper text in Egyptian hieroglyphics, the intermediate part in demotic writing and the lower part in ancient Greek.

Because it presents essentially the same content in the three inscriptions, with minor differences between them, this stone provided the key to the modern understanding of Egyptian hieroglyphics. The first complete translation of the text in ancient Greek appeared in 1803, but it was not until 1822 when Jean-Francois Champollion announced in Paris the deciphering of the Egyptian hieroglyphic texts.

In the same way that Jean-François Champollion was able to decipher the hieroglyphic writing from the comparison with the Greek, the historical narrative "decodes" the prophetic language. For example, if we compare Daniel 8: 4-12 with 1 Maccabees 1.

8.4 "I watched as the ram attacked north and south. No animal could cope with it, nor was there anyone who could free himself from his power. The ram did what he wanted, and each time he gained more strength. The "Ram" represents the Medo Persian empire. 8.5 As I reflected on this, suddenly a goat came up from the west, with a huge horn between its eyes, and crossed the whole earth without touching the ground.

A goat represents the Greek Empire. It arose from the west Alexander left the island of Cyprus in the middle east, entering by Syria. A huge horn between the eyes a single powerful King in authority. He crossed the whole earth without even touching the ground. The Empire of Alexander the Great reached its maximum splendor in just 12 years, was moving with great speed.

8,6 He threw himself against the ram I had seen by the river, and attacked it furiously.
1st Maccabees 1.1: 1 Alexander of Macedon, son of Philip, departed from his country and defeated Darius, king of the Persians and the Medes, and reigned in his stead; First he was king of Greece. Daniel 8.7 I saw how he struck him and broke both horns. The ram could not stand up to him, for the goat knocked him down and trampled him.
No one was able to deliver the ram from the goat's power.

Notice how they correspond to Alejando - Male Goat; Dario - Ram; Fears and Persians - with the 2 horns (the alliance of the 2 Kings) that destroys Alexander.
Daniel 8.8 "The goat gained great strength, but at the moment of its greatest greatness the longest horn broke, and in its place four great horns came forth, which rose up against the four winds of heaven.

The "Longest Horn" is Alexander the Great, who at the time of greatest greatness died in its fullness (33 years). In its place four great horns appeared that rose up against the four winds of the sky.

About this the story says in 1 Maccabees 1: 3-10: "... Alexander was filled with pride and pride. 4 Having assembled a mighty army, he subdued provinces, nations, and rulers, and compelled them to pay tribute. 5 But at last he fell ill; And presuming that he was about to die, 6 he summoned his most illustrious generals, who had been educated with him from a young age, and before he died he divided his kingdom to them ... .8 Then his generals took power, each in his own region. And after Alexander's death they were crowned as kings, as were their descendants after them, for many years, and thus filled the earth with calamity. The Four Horns are a clear allusion to the four Generals of Alexander.

The prophecy of Daniel goes on to say: "8.9 From one of them came another horn, small at first, which extended its power southward and eastward, and also to our beautiful land. 8,10 And he grew up, reaching to the host of heaven, and struck down some stars, and trampled on them, 8:11 and came to feel more important than the head of the host of heaven. Because of him the daily sacrifice was removed and the sanctuary was profaned. 8.12 Because of the rebellion of our people, their army cast down the truth and took away the daily sacrifice. In short, that horn made and undone.

The small horn at the beginning is none other than Antiochus Epiphanes, about whom he also speaks (already in historical language) in 1 Maccabees: "10 From that root came forth a sucker, the evil Antiochus Epiphanes, son of King Antiochus, who had been hostage In Rome and began to reign the one hundred and thirty-seventh year of the Greek domination.

The prophecy anticipated between 350 and 400 years that it would be King Antiochus Epiphanes, who would eliminate the daily sacrifice and who would desecrate the sanctuary, which he did in 168 BC, as described in 1 Maccabees 154-57: "On the fifteenth day of the The month of Kislev of the year one hundred and forty-five, the king committed a horrible sacrilege, for he built a pagan altar above the altar of burnt offering. Likewise, altars were built in the other cities of Judea. 55 On the doors of the houses and in the streets incense was offered. 56 And they destroyed and burned the books of the law which they found, 57 and if any man found a book of the covenant of God, or anyone sympathetic to the law, he was condemned to death, according to the king's decree. "

God intervenes in history, announces it in prophecy and then makes things happen, so that men will know that He is God:

Did not I announce it and prophesy long ago?
You are my witnesses.
Is there a God outside of me?
No, there is no other Rock;
I do not know any. "Isaiah 44.8 NIV.

Week 70 is about to begin. God left the prophecies for us to know.