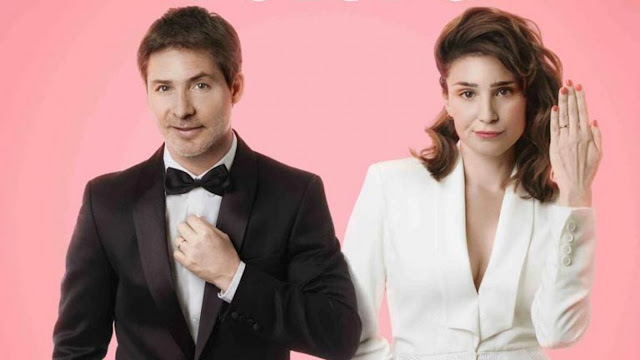 On the history of the Film: "I married a Boludo" premiered on March 17, 2016, starring Valeria Bertuccelli and Adrián Suar.

In the film the following story unfolds: "Fabian Brando (Suar) and Florencia Córmik (Bertucelli) are actors. He is the most renowned in the country and she is a complete stranger. During the filming of a film they initiate a fiery romance that, almost without engagement by means, ends in marriage. During the honeymoon, Florencia realizes that she fell in love with a perfect idiot, whom she confused with the character of fiction: Her husband is really self-centered, totally self-referential, arrogant and conceited, a perfect irrecoverable fool [1] .


How many times this same happens, in different ways and in different types of relationships, in real life as well as in marriage or the couple: A commercial alliance, academic, ministerial, teamwork, research, sports, artistic, etc. ...

In the film, both characters react differently:

1. Florencia Córmik (Valeria Bertucelli) is disappointed by her choice and overwhelmed by the situation, the young actress will not find comfort ... it does not forgive the complicated existence with that marriage. Who was not wrong with an interpersonal relationship? It is necessary to admit the error, to forgive the other, since after all alone "does what it can" and very important, forgive oneself for the mistake and start over.

2. Fabian Brando (Adrián Suar) is feeling and depressed ... he is clumsy but not so much as not to realize that his life is a failure. But then, instead of assuming it and attempting a change, he will devise a plan with the librettist, to act in real life scenes that "fall in love with his wife again", that is, pretend again that he is an intelligent guy to cover his stupidity.

If in real life your role resembles that of Valeria Bertuccelli and you have associated in some activity with a "good actor but deficient person", the best thing is to end the relationship or if that is not possible, to limit it, to forgive the other and to forgive oneself.
If your role is more similar to that of Fabian Brando, it is advisable to:

1. Ask forgiveness of the other
2. That you forgive yourself
3. You face the situation with a true perspective of change and do not continue to act, which you will only achieve with the help of God.

The basis of the remedy is forgiveness and re-starting, after all in an interpersonal relationship all parties are responsible for success or failure. God calls us to be at peace with everyone. (Romans 12:18).