THE HORSE RIDER OF THE BLACK HORSE OF APOCALYPSE 6. BY FABIAN MASSA 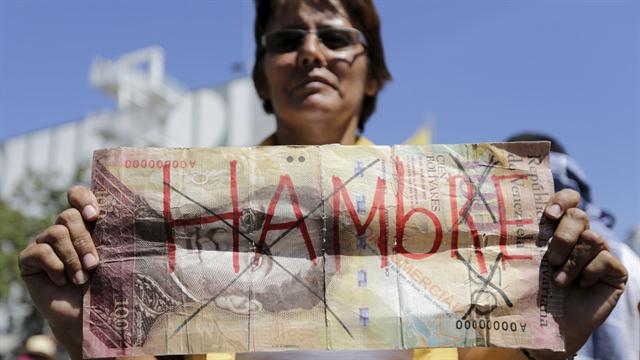 THE RIDER OF THE BLACK HORSE OF APOCALYPSE 6. BY FABIAN MASSA

5 When the Lamb broke the third seal, I heard the third of the living creatures saying, "Come closer!" Then I saw a black horse. The one who rode him carried a balance in his hand. 6 And I heard a voice from the midst of the four living creatures saying, "The wages of a whole day's labor will only be enough to buy a kilo of wheat or three kilos of barley. But do not increase the price of oil or wine! "

I have already discussed the symbology of the Four Horsemen of the Apocalypse in another previous study [1]. Recall that the color black represents death by starvation. The prophecy says that at the End of the Age, a great famine will unleash on Earth, people will work all day as slaves just to buy some bread, while increasingly wealthy minorities will be able to get everything they want without problems (But do not raise the price of oil or wine!)


If we look carefully at a report published on 12/02/2017 by the BBC World [2], according to a study of the University of Oxford, due to the technological development, of the artificial intelligence and of the robotics, a significant percentage of the positions of Are threatened in the next 20 years.

According to studies carried out by specialized consultants, contracted by the World Bank, these would be the percentage of jobs susceptible to automation in Latin America [3]:

Currently, the poor are those who, due to a lack of training, work as mechanical workers. Most of these jobs are seriously threatened by technology and robotics (see previous post [4]).

This is a way out, no return ... those who see it come and take care of developing, will have opportunities. Those who can not or will not know "outside the system".

Week 70 is getting closer. The signs and warnings appear in all newspapers and online, are in sight of all but the vast majority do not see or understand them.
Meanwhile, in the Churches the majority still have to read the Bible ... by the time they come to almost understand the prophecy, reality will have passed them over.

Awake you who sleep and you to sleep. The Black Horse Rider comes marching.