THOUSAND WORDS ABOUT ME. BY FABIAN MASSA. 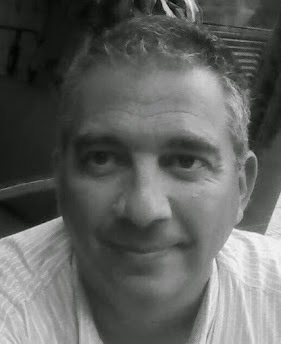 THOUSAND WORDS ABOUT ME. BY FABIAN MASSA.

Dear Friends, My name is Fabián Massa, I was born in the City of Buenos Aires, capital of the Argentine Republic, in September of 1960. I was the son of a middle class family, I attended primary and secondary school in Public Institutions.

From the age of 20, I dedicated myself to study self-taught marketing, marketing and business communication systems, always working in the commercial area of ​​services for leading companies in the City of Buenos Aires.

In 1990 I married and in 1995, together with my wife, "FM-Producciones", I created a Microenterprise specialized in the marketing of Health Insurance for Corporations, where we worked together to manage a small team of highly specialized people.


My business was going very well, but our lives were not so good: My wife Haydee had a strong tendency towards depression and I was addicted to work, coffee, cigarettes and food ... Eating a lot, smoking a lot, sprinkling everything with liters Coffee and working long hours ... a crude attempt to try to fill the emptiness of God in me. In 1997 Haydee surrenders to the feet of Christ and immediately his life began to change. She was getting better every day and I became more and more crazy: My health began to suffer and I had a hospitalization for stress in May and another one in June of 1999. All the analyzes gave me wrong.

My family doctor spoke to me seriously, he told me that all the values ​​of my analysis and studies were well above the limits, but my addiction to coffee and cigarette plus food disorders and stress made me prone to die Of a heart attack at any time.

December 1999, at age 40 - successful in business but totally exhausted physically and spiritually - I choose to accompany my wife to the Worship. Enter the Camino in the King's Kings Church (Pastor Claudio Freidzon, located in the neighborhood of Belgrano, Buenos Aires Argentina), in which I congregate until December 2015.
There I received the Salvation of Jesus, not only for "the beyond in Eternity" but also in all aspects of my life: My company, my work, interpersonal relationships and also my marriage experienced an incredible change for the better. Everything in me had been renewed thanks to the Lord !!

From 2006 to 2014 I actively served as Minister Counselor and also as Group Leader of Men, while also attending the Bachelor of Theology in the Biblical Institute attached to the Río de la Plata Bible Institute (IBRP http://www.ibrp.org). Com.ar/).

In that same year, I began to write about all the subjects demanded by the Bachillerato Program, in order to have my study material ordered and also to share with the brothers of the groups. During the seminar and the leadership I discovered that I ran "ink in my veins", a facet unknown to me and it was also in that same year 2006, that together with Adrián Pablos we began to investigate and write about Section Genesis 1-11.

Like any head of the household, the work took most of my time, making an effort to complete the studies, attend the activities in the Church and continue to publish my research and study in my Blogs "Treasures of Wisdom "And" The Week 70. "From Eden to the Nations was written (and then corrected, expanded and edited) during the summers of the last 10 years.

I finished the Baccalaureate in Theology in December of 2015 and during that same year and 2016 I served in the Alpha and Omega Church of Adrian Pablos teaching the Word of God according to the model of preaching of Paul of Tarsus: Teaching the whole Books and in one Chronological order, teach "to think the Scripture" as Paul did with his disciples. To show the people of the Church how the Holy Spirit is rooting the thread of history in the life of the people. It was very fruitful for the congregation to have passed, in a summary way, the bases of study learned in the Institute, that excited them to study in more depth their Bibles.

In 2017 I will take the two remaining subjects to validate the Bachelor of Theology in FIET (Faculty of Theological Studies, http://www.fiet.com.ar/), with the intention of (If God wants !!) to go forward In 2018 with the Doctorate in Theology at the University.

So since my conversion in 1999 to date, these were the 17 most fruitful years (and also the most strenuous) of my 56 years of life. Studying the Word, teaching, writing, and also learning to play the guitar !! All because of the grace and mercy of God, to me who was already condemned, Christ gave me a new life, as the Scripture says, the Lord called us to give us Life and Life in abundance !! (John 10:10).

So dear readers, "The Blogs of Fabian Massa" are in some way, fruit of the Life that Christ put in me. Life to be interested in His Word and in its deeds from the beginning "When the Lord made the Heavens and the Earth" and everything that happened in those remote times, when the Sons of God took the daughters of men and then when Unleashed the judgment of the Lord upon that corrupt society, and all the fountains of the great deep were broken, and the cataracts of the heavens were opened, and there was rain upon the earth forty days and forty nights. Also, study closely the ancient prophecies and see their fulfillment or indications of their early realization.

The purpose of this work is to share my studies and my vision of the state of the Church in these Difficult Times, as well as the events that will happen in Week 70.

The purpose of the Church for this Time of Grace is to form in each man the priest that his family needs.
Let's be prepared !!