EASY CULTURES FOR CONGREGATIONS THAT DO NOT UNDERSTAND. BY FABIAN MASSA. 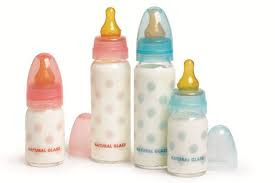 This is an issue on which I have written several times:

These days I spoke with a friend about the theological content of the services. He is pastoring a small Pentecostal Church, and confirming to me that his congregation presents the same general problem of the vast majority (not to say practically all): People do not understand much of Scripture for its own sake, although forty years ago it congregates .


So, so that people do not feel bad, it prepares them a short and simple (easy) message, generally aiming to raise their spirits, especially with respect to the economic area of ​​greatest concern ... .which gives a guideline Of which is the greatest weight in the heart of the congregation.

I pointed out to the pastor that in reality, the problem is that there is a very low degree of conversion, that there is no discipleship and that is repeated what once said to his own the author of Hebrews:

11 About this we have much to say, although it is not easy to explain it because you are slow to understand. 12 Even though they should be teachers after so long, they still need to be taught the most elemental of God's words. This is so so what they need is milk, not solid food. 13 But all who feed on milk are inexperienced in the word of righteousness, because they are like children. 14 Solid food is for those who have reached maturity, for those who can discern between good and evil, and have exercised their ability to make decisions. Hebrews 5: 11-14 RVC

Then how do they need milk we prepare a bottle .... And since they only take a bottle, they never grow. This is the vicious circle in which many of the shepherds have fallen and of which they do not know how to get out. But the way out is simple, make disciples of the attendees, those who want and those who do not, let them go. Christ called us to make disciples and not to gather people:

19 Therefore go and make disciples in all the nations, and baptize them in the name of the Father, and of the Son, and of the Holy Spirit. 20 Teach them to do all things whatsoever I have commanded them. And I will be with you always, even to the end of the age. Amen. Matthew 28: 19-20 RVC

Week 70 is about to begin, when Christ comes, it will not impress you to sing an empty Hillsong song. He will come to seek those he knows and those who know him. Those who know Christ understand it. If you read the Bible you do not understand anything, then you do not know it. Awake thou, he that sleepeth, and thou also whom they slept.

EASY CULTURES FOR CONGREGATIONS THAT DO NOT UNDERSTAND. BY FABIAN MASSA.