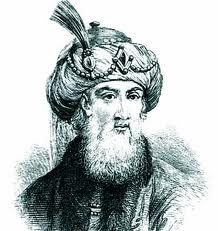 Today I share two excerpts from the Jewish historian Flavio Josefo included in the book DE EDEN A LAS NACIONES. In the first he speaks of the establishment of Noah and his sons in Sumeria, and in the second of the rebellion of Nimrod.

The plain where they lived first was called Senaar. God also ordered them to send colonies to occupy other regions, to foment dissent among themselves, and to cultivate much of the land and to enjoy its fruits; But as they were very poorly taught they disobeyed God and fell into new calamities and had to know from experience the sin they had incurred.


When they flourished in a multitude of young people, God reiterated the advice to them that they send colonies. They supposing that the comfortable life they enjoyed did not come from the favor of God but from their own strength, they did not obey. And they added to the disobedience the suspicion that they were ordered to separate in colonies because being divided could oppress them more easily. 2. Nebuchad (Nimrod), the grandson of Cam, the son of Noah, a bold man with great strength in his arms, who persuaded them not to ascribe to God the cause of their happiness , Because they were only owed to their own value. Gradually the government became a tyranny, seeing that the only way to remove men from the fear of God was to tie them ever more to their own domination. He affirmed that if God intended to drown the world again, he would build a tower so high that the waters would never reach it, and at the same time he would avenge God for having annihilated his ancestors.

The crowd was willing to follow the dictates of Nebrod (Nimrod) and to consider cowardice to submit to God. And they lifted up the tower; Worked without pause or rest, and as they were many the arms that intervened began to rise quickly, faster than would be expected. But it was so thick and so strong, that by its great height it seemed less than it was. It was built of cooked bricks, joined with bitumen so that the water did not pass. Flavius ​​Josephus, Antiquities chapter 3.
... And Nebrodes gradually turned his government into a tyranny, seeing that the only way to remove men from the fear of God was to bind them more and more to their own domination. He affirmed that if God intended to drown the world again, he would build a tower so high that the waters would never reach them ... When God saw them working like crazy he decided not to destroy them completely, since they had learned nothing of the destruction of The former sinners; On the other hand, caused the confusion between them, causing them to speak in different languages ​​so that they would not understand each other. Flavius ​​Josephus, Antiquities, chapter 4.2 - 3.

GENESIS AND FLAVIO JOSEFO. "DE EDÉN A LAS NACIONES". BY FABIAN MASSA
NIMROD, BABEL, FLAVIO JOSEFO, ANTIQUES OF THE JEWS, FROM EDEN TO THE NATIONS