God cares for the poor. BY FABIAN MASSA. 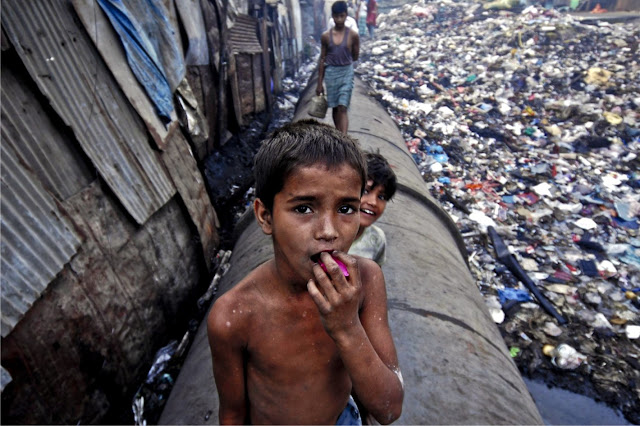 God takes care of the poor, the homeless and for this he uses even people who do not believe in Him. God calls and puts the burden, (which those outside the Church call a vocation), for the weakest and the most destitute. Some of these needy people are far away, in inaccessible places, others are right here in the city.

1. Rural teachers, who give their lives to live in remote areas, in total anonymity, choosing a life of poverty together with the poor.

2. Nurses who clean what no one wants to clean

3. Physicians who invest between 10 and 12 years of their lives to care for those who become ill.

4. Firefighters, who risk their lives to save others.


5. The list goes on, there are many who have a job that is to help others like Social Workers, those who have a trade and determine to give a service to the poor on a certain day of the week, such as hairdressers, cooks, and people Common that donate part of their time disinterestedly to relieve the difficulty or the pain of the neighbor, that is of the human being next to them.

Someone will be able to protest and say that doctors and nurses are paid to do that work and it's true ... but they could work otherwise if it were just a matter of money. I myself work on something else because I can not (and do not want to!) See blood and I could not (or want to!) Clean the pus of a wound, even if they paid me fortunes.

And why have these people chosen a career or vocation that involves a service (sometimes unpleasant or dangerous)? Because God cares for the poor and the needy, as Paul says in Philippians 2:13, "For it is God that worketh in you both to will and to do of his good pleasure."

Likewise, the Lord is also concerned with spiritual matters, and places the call to the Missions, Chaplaincies, Volunteers, evangelism and all the activities that are done within the Church. Man alone thinks of his navel, all that is good in us (believers or unbelievers) comes from God: "Every good gift and every perfect gift descends from above, from the Father of lights, in which There is no change, no shadow of variation. " James 1:17 RV60
Therefore, my dear ones, it is necessary to end with the evangelical myth that as Christians we are the chosen ones to end the hunger and the pains of humanity, almost exclusively, a kind of Super Heroes of the Faith that have the mission to Save the world.
This attitude has brought and continues to bring great frustrations in the Church:

to. People who do not think they are worthy of Christ if they are not eaten by the Amazon cannibals or if they do not die beheaded by the Islamic State

B. Others embark on big crosses of FIRE AND POWER to give a sandwich to the poor children of Angola, when their nephews (who live around the house) do not have a miserable sausage to divide between four.

C. Others leave even their family to preach to the drug addicts of the poor neighborhoods, without noticing that their children take drugs around the corner of their house.

D. Others want to get an idea of ​​a better life for the poor young people and do not realize that their own children do not know how to do anything to face life.

and. Others want to preach on the Christian Family to unbelievers who are lost in the streets, while their marriage is bleeding from lack of attention (they are passed from Monday to Monday locked in the church).

Wake up you sleep in dreams of spiritual greatness, and face the reality of serving the one you have closest, like your family, your neighbors and your relatives.