SALVATION, PREDESTINATION AND AN ACCIDENT CALLED TIME. BY FABIAN MASSA. 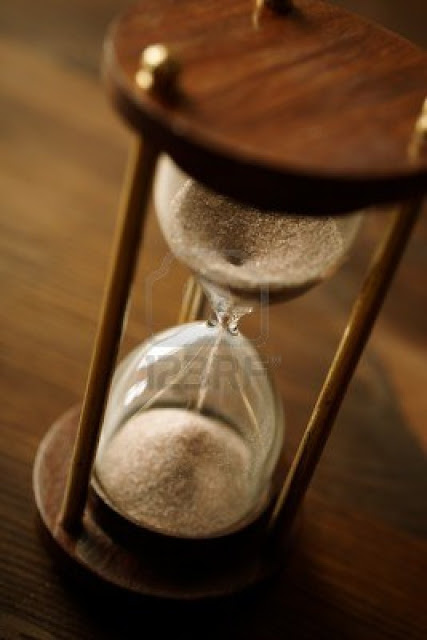 According to what Paul teaches that
28And we know that to them that love God all things work together for good, that is, to them who are called according to his purpose. 29For whom he foreknew he also predestined to be conformed to the image of his Son, that he might be the firstborn among many brethren. 30And whom he did predestinate, these he also called; And whom he called, these also he justified; And whom he justified, he also glorified. Romans 8: 28-30 RV60

It is important to be able to distinguish the different time planes within the paragraph:

29For those whom he foreknew, he also predestined to be known and to be predestinated by God, happened in Eternity, which is outside Time, in a continuous present, that is, without past or future. As Paul says in his letter to the Ephesians, "as he chose us in him before the foundation of the world, that we should be holy and without spot" (Ephesians 1: 4).

SALVATION IS REACHED IN THIS ACCIDENT CALLED TIME

The purpose of this predestination is given in the following sentence: "... that they might be conformed to the image of his Son, that he may be the firstborn among many brethren." This metamorphosis in the image of the Son of God occurs in the accident called Time, if we speak of humanity in General and in life if we speak of a particular man. From this Paul says: "For God hath not appointed us to wrath, but to obtain salvation through our Lord Jesus Christ ..." 1 Thessalonians 5: 9 RV60 and also: "Therefore I endure all things for the sake of the elect, That they also may obtain the salvation which is in Christ Jesus with everlasting glory. " 2 Timothy 2:10 RV60.

Therefore, although we were predestined in Eternity, to be saved by Eternity, this salvation is reached in this Space-Time, and needs a preaching, someone has to present the gospel and to begin we must accept that news, believe it And follow it, which implies that an acceptance of our part of the Grace of God is necessary, "Obtaining the end of your faith, which is the salvation of your souls." 1 Peter 1: 9 RV60.

30And whom he did predestinate, these he also called; And whom he called, these also he justified; For which God Himself had to intervene in this Space - Time, become finite and limited as we are, and live a life, in order to produce a hinge in History: God became man, and fulfilling all Justice in Himself justified us , In this Time and for Eternity. God brought us out of the Kingdom of Evil (the Empire of Death) to take us to the Kingdom of Heaven: "... who has delivered us from the power of darkness, and brought us into the kingdom of His beloved Son ..." Colossians 1: 13 RV60

The Kingdom of Evil that is in the "Celestial Regions" (Ephesians 6.12) has its concrete action on Earth, in Space - Time, that is Reality: We can see it in Exodus, as God intervenes in History and Produces a Liberation of a solid evil, an oppression in the social - economic - political that exerted Egypt on Israel.

In the same way that we achieve Salvation at this time, victory over Evil is also to be evidenced in a liberation from the oppressions in the Here and Now, Salvation and Liberation is for our life in this space-time and not alone For the "Beyond." A Church that preaches salvation and the liberation of oppression only for "The Hereafter" did not understand this principle.

THE SALVATION FOR ETERNITY

And whom he justified, he also glorified. Glorification is what awaits us when He comes for His own: "31 When the Son of Man comes in His glory, and all the holy angels with Him, then He will sit on His throne of glory, 32 and will be gathered before Him all the nations; And he shall separate them from one another, as the shepherd doth separate the sheep from the goats. 33And he shall set the sheep on his right hand, and the goats on his left. 34 Then shall the king say to them on his right hand, Come, ye blessed of my Father, inherit the kingdom prepared for you from the foundation of the world. Matthew 25: 31-33 RV60 Cf. John 17:24; Ephesians 1: 4. And also: "... for an inheritance incorruptible, uncontaminated and unfading, reserved in the heavens for you ..." 1 Peter 1: 4 RV60

THE ACCIDENT CALLED TIME IS UNDERSTOOD FOR ETERNITY

Known, predestinated in Eternity, called to the gospel and changed by the Word in temporality, to return to timelessness with eternal salvation, provided we care for such a great salvation (Hebrews 2.3) which implies that we can lose it.

He who is predestined to be saved, marks that others are to be lost (double predestination): "The beast that you have seen, was, and is not; And he is about to rise from the abyss and go to perdition; And the inhabitants of the earth, those whose names are not written from the foundation of the world in the book of life, will be astonished to see the beast that was and is not, and will be. " Revelation 17: 8 RV60

It is necessary to pay attention to these "goings and turns" from the Eternal to the Temporal and vice versa. The Spirit moves from Eternity to Temporal and back to Eternity.

In Eternity there is neither before nor after, so it was necessary to create the Universe, with its space - time, with its historical structure, which comprises a sequence that goes from the past to the future (the timeline), where "Present" does not really exist, because it is ephemeral in this reality, while it is continuous in Eternity.

But in this Temporality it is where we accept or acknowledge the Gospel of Truth in which we were predestined from Eternity to Eternity to be Saved.

The recognition of the word of God that is Eternal and Absolute, is made in this Relative and limited Space-Time.