THE THEOLOGY OF LIBERATION IN ACTION. BY FABIAN MASSA. 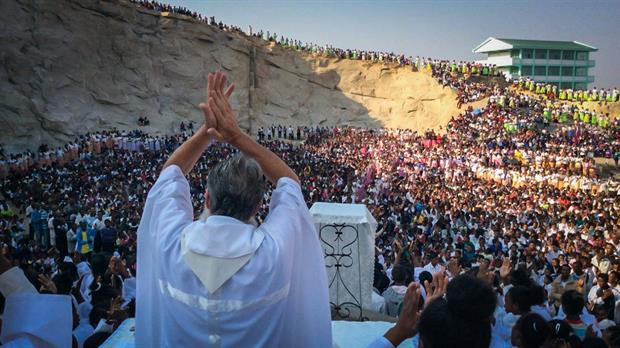 This news was published in the newspaper La Nación on Thursday 01/06/17:

"Pablo Pedro Opeka was born in 1948 in San Martín, province of Buenos Aires. His parents of Slovenian origin were victims of a communist persecution in the former Yugoslavia, which forced them to leave their lands and come to Argentina. From them he inherited his faith and deep conviction for his beliefs .... The Argentine priest lives 47 years ago in the African country, where since 1989 he manages the Akamasoa Humanitarian Association ("good friends" in Malagasy language), which Dedicates to helping the people who are in poverty applying the social doctrine of the Church ".


The "Social Doctrine" of the Catholic Church is based on the "Theology of the Liberation of Latin America" ​​of the 60s, which summarized to the extreme says that the Gospel is for the salvation of man in Eternity, but starting from Here And Now, freeing it from misery, marginality, discrimination, all of which is the sin of society without the Love of God. Such social sin constitutes a palpable evil, "constant and sound."

How did I get them out of the hole where they lived? Teaching to work and to live better.