NO MATTER WHAT YOU BELIEVE, BUT WHAT IT IS. BY FABIAN MASSA. 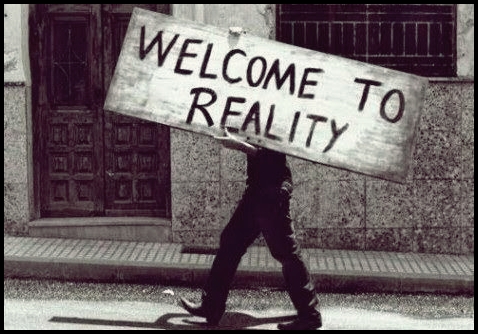 What we believe, or what we think about certain issues, are our perceptions, subjective that will not change "the thing" object of our thinking or faith.
No matter the topic, politics, economy, religion, history, to the extent that what I think or believe is not in tune with reality, it is an erroneous or at least illusory belief.

You can believe in Santa Claus, the Three Kings or the politician of the day, if your thought or belief does not match the objective reality, measurable, concrete, historical, it is just a cloud of smoke.

In the history of the countries, when the majority have a distorted image of reality, they usually go to disaster: This happened to Germany in World War II, the vast majority bought Hitler's delirious project and by the time it was over, Germany It was a pile of debris.


This happened in Venezuela first with Chavez and now with Maduro, and although the Venezuelans already realized, it will not be easy for them to remove the Chavista structure installed in the Government.

And the list is long, it also happens (and happens) in Cuba, even in Argentina we are now having a very hard time, where a significant part of the population insists on returning to the populist style of the "Kirchner Era."

What matters is having a direct contact with reality, making the correct diagnosis and then applying an appropriate strategy.

These things in the Church are usually not spoken, because they are "Mundane" subjects, but it is necessary to speak them, after all we live in this World and we must make the most intelligent decisions possible when voting for a government. In addition, the same "objective" criterion to be applied to reality must be applied to the study of Scripture, to unearth false beliefs and "folkloric" notions based on evangelical theology, that is, the theology that follows Of the Gospels.

Week 70 is about to begin at any moment, a Church that does not know how to "read" the signs of reality, can not distinguish the End Times.

NO MATTER WHAT YOU BELIEVE, BUT WHAT IT IS. BY FABIAN MASSA.
OKJECTIVITY, SUBJECTIVITY, REALITY, ILLUSION.