THE "CRACK" BETWEEN THE FIRST AND THE THIRD WORLD. BY FABIAN MASSA. 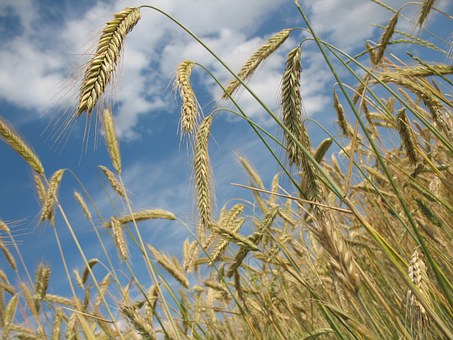 *The world is on the eve of a new agricultural revolution* of scientific and technological roots, the epicenter of which is in the United States, which manifests itself in the record level of investment in high-tech research and development (R & D) Last year, Boston Consulting Group (BCG) said in its 2017 report.
Investment in high-tech agricultural R & D in the US Exceeded US $ 25 billion last year, a historical record, and represents about 7% of the total income of the sector.


In the face of the eternal sub-development of Latin America, [which starts from the narrowness of ideas (lack of a deep education and culturization) and the myopic view of a society that gives birth to only corrupt, boring and myopic politicians] Developed Countries "super-powerful are a" Golden Dream ", but it is necessary to see why they are as they are and we are as we are. In this brief news from the Clarín newspaper, the attitude of the American business class is evident, investing almost 7% of the sector's income, some US $ 25 billion in 2016 with a view to being competitive and making its Business remains profitable and secure.

The priority of these investments is artificial intelligence (AI) and mass information or "Big Data". These are analytical instruments, not specific products, which are new business and investment opportunities.

This record level of investment shows clear priorities. In the field of biotechnology, above all the development of molecular biology and genetic engineering.

The Americans did not spend the money on "social plans" in a population that lives comfortable listening to rap and cumbia villera in their misery without wanting to leave it, but they invested in a technological revolution that takes them to the next level, with a greater production in parallel With savings of between 30 and 40% of productivity expenses.

Then, the deployment of precision agriculture, now focused on the use of information in the order of meters and square decimeters, to optimize the consumption of inputs for agricultural production to the minimum level.

Finally, the development of robotics and automation through the intensive use of high-precision drones, 24-hour flight validity is a priority; And declining prices that tend to be free, as it happens with all the high technology that undergoes an accelerated process of commoditization.

The technological revolution tends to the gratuitousness, an initial expense is made, but then due to the lower operative cost, less energy consumption, the saving of resources and the greater productivity, they make that the cost diminishes a lot in relation to the present one, where the update of Data tends to be free.

This jump that is striking the First World, will soon make the difference with the "Third World" is as abysmal as that between "The Old World" with the newly discovered "New World" in the fifteenth century.

How do you get out of the chatura? Analyzing how those who are above it think and act. The secret is to invest in technology, money and above all training. WEEK 70 is almost over, this is part of the Stage of the End Times.

THOSE WHO DO NOT RISE TO THE GROWTH TRAIN, WILL BE THOSE WHO RECEIVE A DENIARY PER DAY [1]. THOSE WHO WANT TO HEAR, TO HEAR !!