1 CORINTHIANS 7.1-9 SKETCHING. PABLO and THE TESTOSTERONE BY FABIAN MASSA. 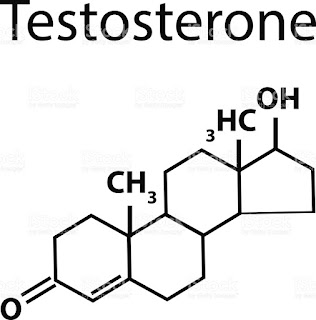 In chapter 7 of 1 Corinthians, the Apostle Paul makes a rather polemical statement: "As for the things of which ye wrote me, it would be well for a man not to touch a woman" and in verse 7 he says: "I would rather that all men should be like me (without sexual desire); but each one has his own gift of God, one to the truth in one way, and another to another. "


The lack of sexual desire in man, which in the more traditional and closed evangelical circles is transmitted as a matter of holiness, virtue and "God's gift" is in fact a health problem, which lies in the absence of desire sexual in the male [1], whose most common cause is low testosterone production [2].
The normal thing is that both men and women have sexual desire, Paul understands this and therefore advises that:

Verse 6 is a purely personal opinion of Paul, since from the moment of Creation, God made us Male and Female (Genesis 1:27), with a well-defined sexuality designed for sexual activity between man and woman, with a blessing and a commandment for multiplication (sexual intercourse). And God blessed them, and said unto them, Be fruitful, and multiply; fill the earth. Gen. 1.28 A RV 60

7 I would rather that all men were like me; but each one has his own gift of God, one to the truth in one way, and another to another. The Apostle lived his lack of desire as a gift and not as a health anomaly, which explains why I wished him the same thing that happened to young people in the following two verses: "I say to singles and widows, how good it was for them to stay like me; 9 but if you have no gift of continence, marry, it is better to marry than to be burning. " So if you have sexual desires, give glory to God that you are healthy and able to have a good marriage and to form a happy family.

[1] https://www.institutouroandrologico.com/servicios/descenso-deseo-sexual/
[2] Testosterone is a sex steroid hormone of the androgen group. In mammals, testosterone is produced mainly in the testicles of males and females' ovaries, and the adrenal glands also secrete small amounts. It is the main male sex hormone and also an anabolic steroid. https://en.wikipedia.org/wiki/Testosterone