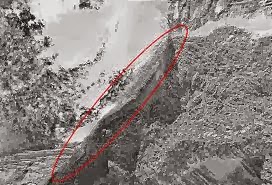 Noah's Ark has always aroused great interest in humanity , both for Jews , Muslims and Christians and non-believers , as the story of Noah's flood and the salvation of a few people into believing figure over five hundred people around the world.

For believers , the Bible stories of the Flood and Noah's Ark are absolutely true . God gives us faith to believe them. Because without faith could accept almost any biblical account :

Checking the history of the Ark and provide evidence of the veracity of the biblical accounts is a concern of most radical Christian groups , believing that in this way achieve that unbelievers cease to be .

Summary of assumptions archaeological discoveries of the Ark of Noah.


I. Marco Polo (1254 - 1324) wrote in his book The Travels of Marco Polo: In the heart of the Ararat Mountains , there is a cup -shaped mountain where tradition says that Noah's Ark rests ...

II. In 1616 Sir Walter Raleigh [3 ] in his book History of the World, devotes several chapters to the subject of the Ark , locating its possible place in the Orient Mt .

III. In 1829 Dr. Loro led a campaign in Ararat , later described in his book Journey to Ararat , which highlights that the inhabitants of the whole region to rajatablas believed in the existence of the Ark stranded on one of the mountains .
IV . In 1876 the historian James Bryce ascended the Ararat and found a piece of wood which he attributed to the ark .

VI. 1916 , Vladimir Rosskowizky a Russian explorer , said he found at an altitude of 4000 meters on Mount Ararat a boat half buried under the ice. Tsar Nicholas II of Russia sent an expedition that confirmed the finding corresponded to the Ark and extracted tests considered as definitive . The Soviet Revolution and the end of the tsarist regime made ​​such evidence is lost forever .

VII . After the 2nd World War, the former astronaut James Irwin led two expeditions to Ararat , but could not find anything. That same year , Aaron Smith , dean of the University of the Peoples Bible ( Greensboro , North Carolina USA) tqampoco succeeded in his expedition.

VIII. After World War II , many climbers and explorers have reported having seen or found fragments of the ark in the vicinity of the top of Mount Ararat , in addition to several documentaries quite serious about the issue including satellite tracking . The explorations have been limited as the geopolitical situation in the area (especially during the Cold War ) has prevented promotions authorization countries have converged with the area limítrofemente Ararat : Armenia , Iran , Turkey (current) and ex - USSR).

IX. In 1949 a Turkish-American expedition , photographed what future be known as the Ararat Anomaly .

X. In 1955, news emerged again about his alleged discovery when a Frenchman named Fernand Navarra climber claimed to have been a wooden structure over 4000 meters and it identified as the Ark of Noah. Additionally , brought a black wooden cross .

XI. In 1965, a Turkish aviator photographed what he believed it was the mark of a boat between some ice fields in Ararat . Later known as the Ararat anomaly . This anomaly is an unusual geological formation that resembles having been the repository of the Ark , and that has the shape of a ship as currently known and whose actions are quite similar to those described in the Bible. This geological anomaly found at 4600 m altitude in the sector was identified Iran , in turn , in 1974 by satellites.

XII. The most recent one, in 2010 , was part of Chinese and Turkish researchers who claimed , by 99 % , to have found a significant portion of the vessel. These findings included a wooden compartmentalized section dated by carbon-14 method in 4800 years and could have housed animals, as it seemed a manger. However, while announcing the discovery , a group of Christian Scientists claimed it was fraudulent assembly in cooperation with the peasants of the area.

Lately the news about "Evidence of Noah's Ark " basically come from the same source : Ron Wyatt Foundation . Wyatt 's official organization , was the " Wyatt Archaeological Research" (WAR ) Although initially well received by Christian groups soon began to be rejected by most organizations . Currently only a tiny group of Orthodox creationists continue to maintain its credibility in the "discoveries " of the WAR . [4 ] http://es.wikipedia.org/wiki/Ron_Wyatt

Almost every year published a notice announcing out the " Finding most important of all times : The Lost Ark of Noah" :
9/12/2011 - 17:43
Now say they found Noah's Ark [5 ]
Ensure found on Mount Ararat and asked the Turkish government to create a national memorial to attract pilgrims.
Photo region corresponds to Durupınar enclave [6 ] , Turkey. Note that the above article dates from 09/12/2011 narrated story while the occurred then fifty -two (52 ) years :
In 1959 , the Turkish Army captain Durupinar İlhan was conducting aerial mapping mission for NATO. While flying over the region of Mount Tendurek , east of Turkey [7 ] observed training ground that caught our attention.
Durupinar Turkish government informed of their discovery and then with George E. Arthur Brandenberger Vandeman and formed the Foundation for Archaeological Research .
The Foundation inspected the site in September 1960 . After two days digging into the boat-shaped formation with members of the expedition found only dirt and rocks . The official declaration of the expedition was " no visible archaeological remains " and that training was the result of " a natural phenomenon and was not made by man" [8 ] ... From 1960-1977 , the matter was forgotten until it was rediscovered by Ron Wyatt [9 ] in 1997 ... in the eighties Wyatt tried to get other people interested in the site, including the ark hunter and former astronaut James Irwin and creationist John D. Morris , neither of whom became convinced that the training was the Ark of Noah.

" On November 18, 1997 an article appeared in the Washington Times entitled" CIA spy photos sharpen focus on Ararat Anomaly " ( photos anomaly [12 ] in the Ararat taken by the CIA ) published by Bill Gertz . These photos were taken first by spy planes of the U.S. armed forces and in recent times by military satellites ( during the years of the "Cold War [ 13 ]" with the former USSR ) [ 14 ] " . In 1985 , Wyatt joined David Fasold and geophysicist John Baumgardner for the expedition which was later told in the book Noah's Ark , written by Fasold . As soon Fasold saw the site said they were the remains of a shipwreck. Fasold took with him by that time was a modern radar equipment for exploration of soil and a device called a " frequency generator " , which you set in the Iron wavelength to find traces of iron within the formation (using a technology that critics later compared with the " dowsing [ 15 ]" ) .
According to the report issued by the Turkish government expedition , the floors scanning radar have identified a regular internal structure . The structure measured 164 meters , around 300 cubits ( 157 meters ) that the Bible states that Noah's ark measured , if used as a reference the elbow of Ancient Egypt (0.52 meters). Fasold was convinced he had found the fossilized remains of the upper deck of the ark and the substructure original, made ​​of reeds , was gone. In the nearby town of Kazan ( later called Arzap ) the issue studied stones that the team identified as " anchor stones " they believed , had been originally attached to the ark.

During the eighties and nineties Fasold made ​​numerous expeditions Durupinar site . In the year 94 he again visited the place , accompanied by Australian geologist Ian Plimer and concluded that the structure was not made ​​by man . And in 96 , along with geologist Lorence G. Collins , wrote an article in which he concluded that "... the training was a curious mud elevation appeared only in the form of a boat ."
However, in his biography , written by his friend the Australian June Dawes asserts that before dying Fasold had come to believe that the lost Ark rested Durupinar Noah . Ron Wyatt 's articles related to the Ark of Noah had a wide acceptance in some circles of Christianity. It can be found on the Internet the information given by Ron Wyatt Foundation , replicated in many places of Christian Churches that make up the current Creationist .
In 2010 he made ​​an expedition composed mainly of Chinese Evangelicals and members Durupinar Turks and history of the "Noah's Ark " to be launched again .
According to the Turkish daily " Radikal " 'The Media Evangelism Ltd. ' , the company behind the "discovery" , owns an amusement park of Noah's Arks in Hong Kong , with tickets costing between 55 and 100 dollars . In short , have not been able to find strong evidence of the ark .

Among the discoveries of Ron Wyatt [ 16 ] related to the Ark are:

· Remains of the Ark ( in perfect condition ) where you can see up compartments where animals would have been kept during the long journey . ( venr note below for the daily El Mundo of Spain )

The same story appeared many times since 1997. This publication of the April 27, 2010 the newspaper El Mundo in Spain , ARCHAEOLOGY section is very interesting :

I. ARCHAEOLOGY | The Turkish press reported the find. APRIL 2010
The wooden structure found in eastern Turkey . | AFP
" Found a wooden structure in the Ararat 4,800 years old. Ararat is in eastern Turkey , near the border with Iran . The researchers believe it is very likely to be the Ark of Noah. "
According to the note , a group of Chinese and Turkish evangelical researchers (all experts archaeologists ) , found the Ark of Noah , of which have a 99.9 % certainty ...... But unfortunately , the next day in the same newspaper was published another note, where Turkish authorities against such a finding:

The Turkish scientific community has met with skepticism and criticism the alleged discovery of the remains of the biblical Noah's Ark by a group of Chinese and Turkish researchers in eastern Turkey.

The Turkish newspaper ' Radikal ' mocked the shocking discovery and called a Turkish political leader had participated in the press conference in Hong Kong , without the support of an independent scientific assessment . According to the Turkish newspaper ' Radikal ' the company 'The Media Evangelism Ltd. ' , which is behind the "discovery" , owns an amusement park on Noe Arcas in Hong Kong .

It has been producing publications " This spectacular archaeological discovery " since 1991 , see note Knowing and Knowing the Journal of the Oriental Republic of Uruguay that year :
http://www.taringa.net/posts/noticias/13406789/Encontraron-la-supesta-Arca-de-Noe-pero.html

Despite many attempts , no expedition has made ​​it to the goal of finding the ark .
The only ones who have attributed this victory are the members of the Foundation Wyatt , who with their bombastic declarations have met the expectations of orthodox creationism , but have failed to convince most people ( believers and unbelievers ) or the community scientific , and no University or Archaeological Association , and Bible scholars are ignored . These attempts to prove that the Bible is a source of truth , forcing and manipulating evidence , far from bringing people to the Word of God , achieved the opposite effect : That the people away .