Reflection. The Church of the XXI Century, with information from the ninth century. By Fabian Massa. 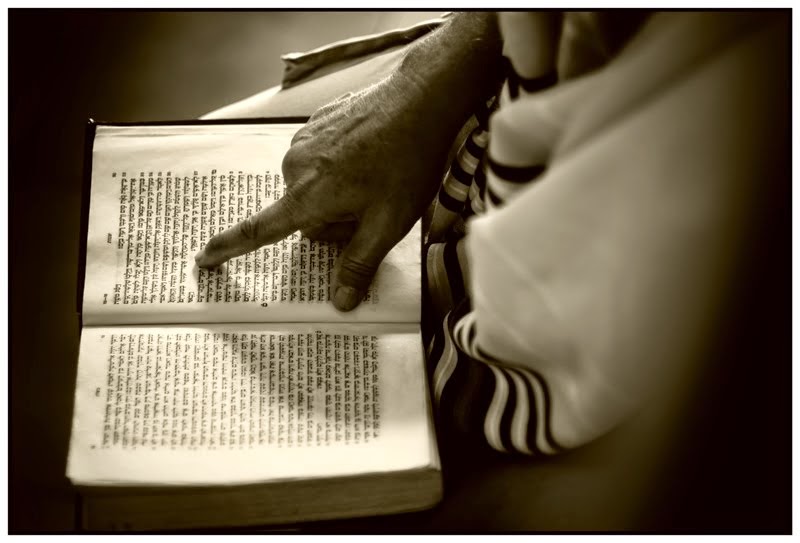 Week 70 shares with us: "The Church of the XXI Century, with information from Century IX"

Historically, traditionally was taken to Moses by the author of the Pentateuch, despite the problem that arises only to make a thorough and meticulous reading of it. Just from the thirteenth century can be said that began the period of biblical criticism, but from the tenth century Ibn Hazm Sheikh and Rabbi Abraham Ibn Ezra noted the problems posed to assert exclusive Authorship of the Pentateuch of Moses . Here I will discuss only some of the most obvious problems:

I. The story of Moses about his own grave.

This is by far the strongest evidence and the most obvious anachronism of the non-exclusive authorship of Moses [1]. In Deuteronomy 34.5 the Prophet died, but the story continues through verse 12, which marks the end of Deuteronomy and the Pentateuch. For obvious reasons, Moses could not have done. According to the tradition of the Talmud [2] was Joshua who completed the chapter, however, the text no man knoweth of his sepulcher unto this day (Deut. 34.6 RV60) and ... at that time the Canaanites were in the land (Gen.12.6) indicate that the author could not have been Joshua (a contemporary, as the Talmud says) but a person who lived long after, when Palestine was no longer occupied by the Canaanites.

The anachronisms are preferred by critics of the Bible to "prove" that is not a book inspired by God. However, all these arguments unbiblical would recede if we considered the possibility that the Pentateuch was written by more than one author and reissued in a long time. Already in the XI century, Cordoba (Spain) an Arab high culture, called Ibn Hazm, wishing to show that Islam is the true religion and that Judaism and Christianity are false, indicating the many theological, chronological errors, etc. the Pentateuch and concludes that it could not be written by a prophet (Moses), but is essentially the work of Ezra. In the same century, the great Rabbi Abraham Ibn Ezra (Toledo 1092 - Calahorra 1167), in his Commentary on Deuteronomy, realizes that some texts of the Pentateuch can hardly be attributed to Moses, such as Deuteronomy 1.1 speaking of "the other side of the Jordan" expressed from the point of view of someone who is in Palestine (where it is assumed that Moses and the people had not entered yet, but were in Transjordan) or for example when the text refers to Moses in the third person: Deuteronomy 31.9 (The typical third person account of a compiler or editor). But as fears of religious persecution, explains his thinking enigmatically and with great care.

b. 14 Abram heard that his brother was taken captive, he armed his trained servants, born in his house, three hundred and eighteen, and pursued them unto Dan. Gen. 14.14 RV60. Dan established its territory long after the death of Moses, when the Israelites had entered Canaan and had begun to conquer the land. The territory of Dan is set in Joshua 19.40-48.

c. In Gen. 36.31 - 43 the author gives throughout the genealogy of the kings of Edom, which far exceeds the life of Moses. Practically find the same repeated section almost exactly in 1 Chronicles 1.43-54, using the same formula toledot "Zultano reigned in Edom, and the name of his city was Tal; He died Zultano [3] and reigned in his stead his son John Doe ... "and continue until the series. Traditionally attributed to Ezra (458-398 BC) drafting Chronicles, there are scholars who claim that could have been composed by an anonymous Levite in 300 BC that he used the writings of Ezra. What is certain is that the work is post exilic between 400 and 300 BC [4]. The great similarity between both sections invites us to think it's possible that they were written by the same author postexilic between 400 and 300 BC

d. "6 no man knoweth of his sepulcher unto this day" Deuteronomy 34: 6 RV60, implying that the author lived long after the death of Moses.

e. In Gen. 7.2 God tells Noah that many animals "pure" and "impure" must be loaded into the ark. Categorize the animals in this way is foreign to real time where the action of the story (the cigars are suitable for food and / or sacrifices) Such classification is much later, being given in Leviticus 11.1-31 cf. Deuteronomy 14.3 -21.

III. The alternation between the use of the 1st and 3rd person by the author.

While in the pre critical the problem of authorship is not playing, I do not escape the rabbis and Christian theologians it is very difficult for an author to write about himself in the third person, as we have seen above (Ex. 24.3-7 and Deut. 31.24). Sheikh Ibn Hazm both as Rabbi Abraham Ibn Ezra, they made known in his comments this point.

To this should be added

To see these points, I can recommend an excellent point of UCA [5] (Spanish) * signed by Claudia Mendoza on 20/03/2007, which gives a historical overview of Biblical Criticism to about 1970, in the following link:

Despite all this information, which is available at any book store, and also for free online at Pentecostals Institutes are still teaching Moses ** as sole author of the Pentateuch, and not allowed to talk about a problem that is falling real and mature after a careful reading of biblical texts.

Why keep locked in a tradition that denies the reality? The same is done with the New Testament, for example, is known to Marcos ends (or is unfinished) 16.8 but nevertheless continue to sermons from 16.9 to 20, which is an apocryphal material.

We can cite also keep the King James version 60 when you have more secure versions in translation, as the Jerusalem Bible or Textual Bible that even brings the Masoretic texts inserted into the biblical text.

The questions are why the information is denied ?, Why cling to a tradition that brings faith, but only ignorance? Why continue in the ninth century when we are in the XXI century?

One possible answer is that it is more manageable a congregation that does not think for itself, which has a critical vision to learn to take the good and refuse the evil, but absorbs what is given submissively.

The people perish for lack of knowledge, not from Greek or Hebrew but to understand for yourself what God says, without disclosing that the "Anointed One". The New Covenant that God has already given us is precisely to be able to understand the Word:

Week 70 is about to begin, will he continue to teach the people what to think (ie, what you. As pastor wants to think)? Or will enable him to think for himself, in order to understand what God wants? Consider Jesus (being who he was) taught people to think, without imposing His thought.

[1] The whole question arises Moses considered the sole author of the Pentateuch, it would disappear if the obvious is considered, that Moses wrote some parts and others were added later.
[2] The Talmud (תלמוד) is a work that brings together rabbinical commentaries on the Torah.
[3] Fulano, Sutano, Dick, etc ... fictional or hypothetical characters names. http://es.wikipedia.org/wiki/Sin_nombre
[4] New Dictionary of the Bible Nelson, Ed. Caribbean, page 240.
[5] U.C.A. Acronym of the Catholic University of Argentina.