Reflection. The Synagogue, the Early Church and false "anointed". By Fabian Massa 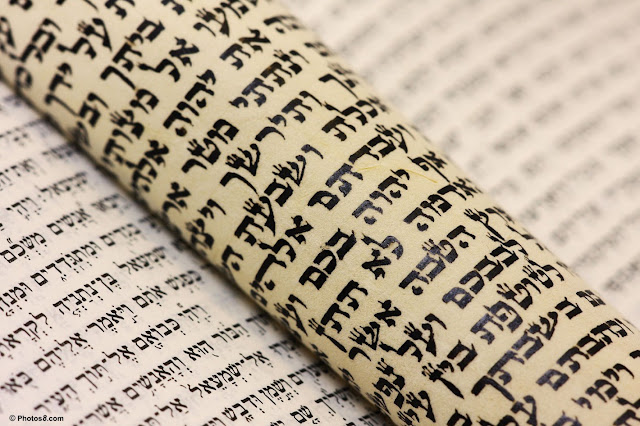 The synagogue as a model of the early Church.

When Jerusalem and the Temple of salmon were destroyed by the troops of Nebuchadnezzar (586 BC), the Babylonian army took captive the majority of the population in the 3rd mass deportation to Babylon (cf. 2 Kings 25: 8-12.) . Jews deported, once established in exile, began to meet in the "synagogues" (from the Greek meaning "assembly") every Sabbath. Given the impossibility of the Cult of Sacrifice, prayer ('Ofrendaremos instead of bulls, the homage of our lips "Os 14.3), the reading of Scripture and worship by chanting psalms formed the cult Synagogue.

The synagogue was from the beginning more than a place for prayer, as indicated by its name in Hebrew Beth ha-Knesset or Community House, for the Beth Am or Casa del Pueblo, cited by the prophet Jeremiah (Jer 39.8) and Bet ha-Midrú or House of Study, school tradition and its high values.
At the meetings, any of these could officiate leading congregational prayers, setting the tone of hymns and indicating breaks. The active participation of the faithful is characteristic of the synagogue liturgy.

While in the temple choirs consisted of singers Levites Levites accompanied by musicians with instruments, generally of strings, turning the music around the ritual of sacrifice, worship in the synagogue was through singing a cappella, the only instrument the shofar was used and the singers were the faithful, ie music was in the hands of the laity and revolved around Scripture.

8.16 In Isaiah: "Guard well the testimony; seal the law among my disciples ", it is a circle of disciples gathered around him, to hear him through the word of God and the Torah.

It equals the case of Ezekiel 8: 1 where the elders of Judah meet in the house of the prophet.

The model of the synagogue was focused on teaching the Word of God, it revolved around this praise and prayer, which replaced the Temple sacrifices as 14.3 Hosea says, as quoted above. This model of the synagogue was adopted by the early church, making axis in the teaching of the Word in worship through singing of psalms and hymns (Ephesians 5:19; Colossians 3:16) where the disciples shared the Word, teaching or a prophecy and collective prayer, as the author of Hebrews says, "15 So continually offer to God, through Jesus Christ, a sacrifice of praise, that is, the fruit of lips that confess his name" (note the parallels Hosea 14.3)

The model of the synagogue is sustainable and economic weight that is placed on the teaching of the Word and thus no need for large sums. The purpose of the Church of Christ must be to make disciples (Matthew 18.19) to be priests in your home (1 Peter 2.9; Revelation 1.6).

The synagogue was sustained by the congregation, which was divided between them the cost of maintaining the building and activity.

The current church is very distant from the model of the early Church:

To begin worship has shifted from the study of the Word to the music, which can be seen to be engaged between 2 and 2 1/2 hours to songs and 20 minutes to poor preaching. Contrast those rare 4 verses with juicy teachings of Paul.
By failing to focus on the Word, it is emphasized that the congregation develop many activities that have nothing to do with the purpose of forming priests from home.
The many activities make large sums of money needed to sustain them. This is the reason that even though the law of tithing has been abolished (see footnote studies) continue to demand the congregation huge sums of money to support personal projects pastors: Their own radio, the own TV studio in HD, their ministerial trips abroad (ie vacation), the education of their children in the best and most expensive Universities, costumes U $ D 5000 Anointed and all technological items for activities that they have nothing to do with the purpose of the Church.
The Early Church was trying to conquer territories to the Kingdom of God, for example the Churches of Asia (Revelation 1-3) instead aspire to be the Anointed Mega Churches, the only way to solve their ostentatious lifestyles. They thrive and live like princes of the congregation rib.
The early church measured their success in the spiritual growth of the disciples, the Church of Prosperity is characterized by its leaders place special emphasis on highlighting the crowds that call.

The Church is to make disciples, men who exercise the priesthood in his home, healthy families in the Doctrine.

Jesus said nothing about turning the church into a Recording Industry, or foundations for festivals or TV studios put to fleece people asking for money every five minutes, much like Link.

If you are a pastor and you write and want to sell your books or you're a musician and have a chance to live your records, do it because you are in your right to live your profession. But do not turn the church into a market, do not make merchandise of the congregation and teach false doctrine to hold your negotiated.

Week 70 is about to begin. Open your eyes, look for communion with God, search the Scriptures and unmask the false shepherds and Prosperity Judaizers today.