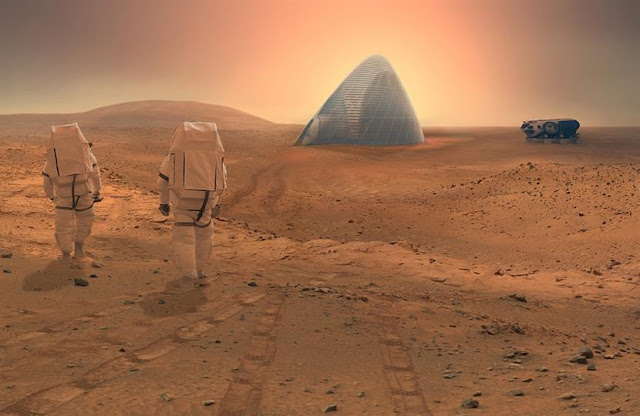 The Mars Ice House, as it was christened, was designed by the firms Space Exploration Architecture and AO Clouds.
A translucent layer of ice will protect the crew from the radiation and will transform the house into a lighthouse that will shine brightly in the Martian night.


The house will have four levels: it includes a library, gym, laboratory, rooms, a kitchen and a sanitary treatment area. It will also have a vertical greenhouse, which will allow the experimental cultivation of food.

USA Is already designing what will be the houses of the first inhabitants of Mars, here the Terricolas misero we are still thinking how to solve the housing issue. Curious situations of life.

While the pioneers are marking the trend, the Great Mass remains far behind in the rear of Progress and Visions.

This is the case in all orders. Week 70 is about to begin, are we ready?