WHEN GOD DOES NOT HEAL, DOES NOT SURFACE AND DO NOT GIVE YOU WHAT YOU ASK. BY FABIAN MASSA. 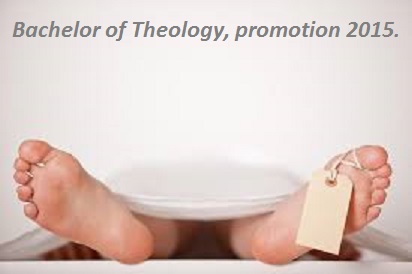 How many glorious preachers we have heard, lighted shepherds declare that we have a God of Power who will give us:


To such a declaration the exalted congregation will answer with weeping, singing, alleluia, words in strange languages ​​and dances: What a cult of Power, Brother !!


God is omnipotent and merciful, but the reality is that not everyone heals, not all prosper and not all receive what they ask.

This type of preaching that states that "everything will go well," where blessing is measured by prosperity, health, material possessions is one of the things that brings greater frustration to the faithful.

We can not understand in our finitude the purposes of what happens to us. We can not understand why a small, innocent child dies starving while an evil and corrupt adult enjoys a life of excess. We fail to understand these "Injustices" of life. But what God promises is Salvation for those who believe in Him and do according to His will, while the wicked will receive payment for their iniquities (* Psalm 73 * [1]).

So if you are keeping in holiness, if you try to do according to the Word of God and things do not go very well, do not think that God does not bless you or that punishes you, take it as part of life and having In account of what is written: "Now we know that God disposes all things for the good of those who love him, who have been called according to his purpose. 29 For whom God foreknew, he also predestined to be changed according to the image of his Son, that he might be the firstborn among many brethren. 30 He also predestinated them; To whom he called, he also justified them; And whom he justified, he also glorified. " Romans 8: 28-30 NIV.

All things God provides for good for those who love Him.

WHEN GOD DOES NOT HEAL, DOES NOT SURFACE AND DO NOT GIVE YOU WHAT YOU ASK. BY FABIAN MASSA.
CITIES OF PROSPERITY, THE ROSE LIFE.