THE INHERITANCE OF THE NEANDERTAL GRANDFATHER. BY FABIAN MASSA 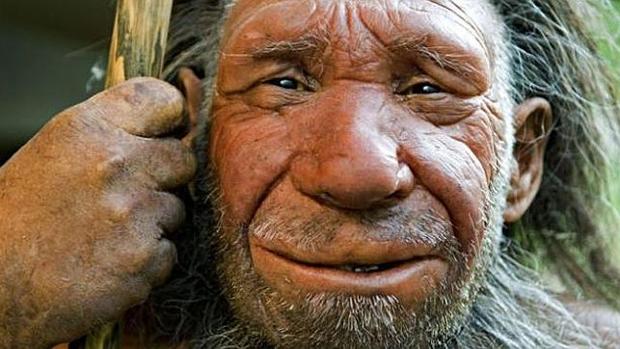 The note was published in the ABC newspaper on March 6, 2017, on data obtained by scientists studying the origins of Humanity, working genetically the evidence (concrete and forceful) provided by paleontologists:

Neanderthals disappeared about 40,000 years ago, but before that they lived with Homo sapiens in Europe for generations. That coexistence involved sexual encounters that left us with a "footprint" that we still have on us: between 2% and 4% of the current human genome, with the exception of Africans, has the Neanderthal mark.


Researchers at the University of Washington School of Medicine believe that Neanderthal DNA sequences still influence how genes are activated or deactivated in modern humans. That is, they probably contribute to traits such as height and propensity to suffer from diseases such as schizophrenia or lupus.

Scientists have several hypotheses and theories about the evolution of Humanity and its origins, in which they have great "Lagunas" of lack of information that prevent them from reaching the truth. But working with what they have, they have been able to elaborate concrete data that speak of an undeniable reality: We, the Homo Sapiens, have within our DNA segments of genetic chains of Neanderthals that still operate in us, in features such as height and Propensity to suffer from diseases such as schizophrenia or lupus.

For scientists, "believing" has no greater meaning, because they move on the basis of knowledge of concrete, real, measurable and verifiable data. For fundamentalist Christians, who literally conform to the biblical account of Creation, this information is impossible to process.

It seems that the information given by science destroyed the biblical arguments and for that very reason fundamentalist groups deny the reality of scientific data in an attempt to want to cover the sun with their hands. However the data provided by scientists do not affect the fundamental truths enunciated in the first two chapters of Genesis, which can also be scientifically proven:
The biblical accounts of Creation (Genesis 1.1 to 2.3 and Genesis 2.4 to end of chapter 2) give no details but vital information:

A. God made mankind, composed of two sexes and putting it at the top of Creation (and the food chain). Genesis 1.26-27

B. God formed (put in a mold) the man from the dust of the earth and breathed into his nostrils the breath of Life. Genesis 2.7.

Let's review the fundamental information that can be drawn from these biblical passages:

1. The correct relationship between the two sexes is what has allowed (and will continue to allow) the propagation of the species.

2. Male and Female created them: Denying the difference between the sexes or wanting to function between equals (homosexuality) is dysfunctional, unnatural, denies genetic (and sensory) information and is also sterile.

3. Man comes from the dust, which for 2 millennia seemed only a poetic phrase, encloses a Truth that only God himself could state in the beginning of time: The elements that make up the human body, are the same as those of the Earth and in turn of the whole Universe.

4. It is God who determined (and enabled) matter to have Life.
Everything else is data that the Bible saves. The details provided by science do not affect the essential thing that God states, if we have the openness to read, to form and to inform us correctly; This is a much more positive alternative (although it requires studying and reading) than wanting to return to fundamentalism in the eleventh century.

Recently, a friend of mine who congregates with his family in a Church with a "Fundamentalist" tendency (that is, they take the Bible literally) told me that the young people of the church, once they enter the University, where they discover the Natural reality of the Cosmos according to the evidence provided by science, do not want to return to the Church, disbelieving the simplified account of the eleventh century that they received from their family, their pastors and their teachers of the "Bible School." *This situation is slowly killing the churches, because there are only the elderly and those who do not have access to information, self-condemning themselves to disappear *.

The solution is to grow in knowledge of Scripture and the things it speaks about.