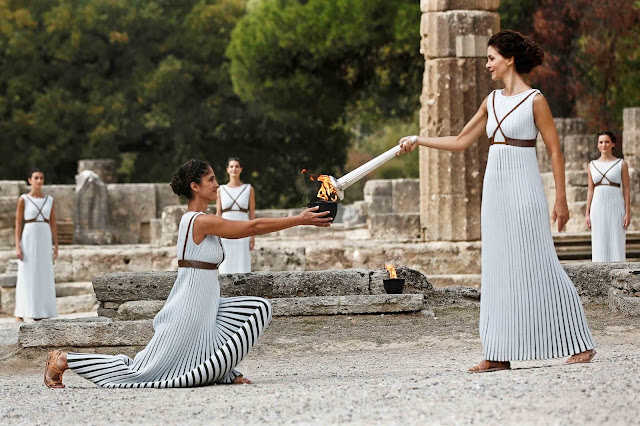 In this chapter Paul talks about the participation of the members of the congregation in pagan ceremonies or festivals, remember in the city there were many Temples dedicated to the Greek gods.


The most grown up knew that what was sacrificed to idols was nothing in reality, and therefore eating those sacrifices had no value either, since they did not believe in that idolatry. That is why many participated in these parties, so Paul tells them that "knowledge makes us proud" because they participated if we take into account that the least grown (those who did not understand that we idols "were nothing") to see them, their spiritual referents participating in idolatry, was confused thinking that it was compatible with being Christians; that is why Paul clarifies that love edifies, that is, acting thinking of the least grown (knowing that one is an example for them) makes us doubly responsible for our actions. Knowledge "puffs up" when one feels more than the other for that knowledge, working without understanding that knowledge must serve to act in love.

And that's why he continues in verse 2-3 saying "And if anyone imagines that he knows something, he still does not know anything as he should know." The person who loves God and is saved is the one recognized by Him.

For the believer there is only one God and one Lord, but for the unconverted there are many gods and many lords. That was what happened in Greece in the first century and also what happens throughout the world today 21st century.

In the NTV version the transcription helps a lot to understand this problem:
7 However, not all believers know this. Some are accustomed to thinking that idols are real, so, when they eat a food that was offered to idols, they consider it worship of true gods, and violate their weak conscience.

The theme for the grown up is to be aware that they are the least grown, and therefore their actions are taken as a model: "9 But you must be careful that your freedom does not trip those who have a weaker conscience 10 Well, if others see you - with your "higher knowledge" - eating in the temple of an idol, will not they be encouraged to violate their conscience by eating a food offered to an idol? "

You can apply this manifestation of love to all the activities that are done, everything is allowed, but not everything suits us and not everything builds. Many times we have to guard ourselves from some actions not because it is a problem for us or a sin in itself, but because it is not a stumbling block to those less grown up in the faith.